Sisense announced today that it has acquired Periscope Data to create what it is calling, a complete data science and analytics platform for customers. The companies did not disclose the purchase price.

The two company CEOs met about 18 months ago at a conference, and running similar kinds of companies, hit it off. They began talking and after a time, realized it might make sense to combine the two startups because each one was attacking the data problem from a different angle.

Both company CEOs say that they could have eventually built these capabilities into their respective platforms, but after meeting they decided to bring the two companies together instead, and they made a deal. 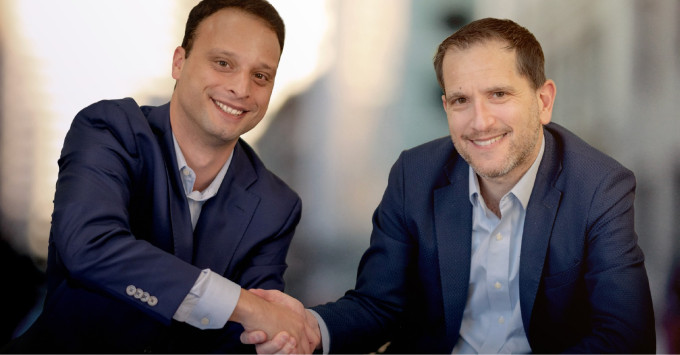 Harry Glasser from Periscope Data and Amir Orad of Sisense.

“I realized over the last 18 months [as we spoke] that we’re actually building leadership positions into two unique areas of the market that will slowly become one as industries and technologies evolve,” Sisense CEO Amir Orad told TechCrunch.

Periscope CEO Harry Glasser says that as his company built a company around advanced analytics and predictive modeling, he saw a growing opportunity around operationalizing these insights across an organization, something he could do much more quickly in combination with Sisense.

“[We have been] pulled into this broader business intelligence conversation, and it has put us in a place where as we do this merger, we are able to instantly leapfrog the three years it would have taken us to deliver that to our customers, and deliver operationalized insights on integration day on day one,” Glasser explained.

The two executives say this is part of a larger trend about companies becoming more data-driven, a phrase that seems trite by now, but as a recent Harvard Business School study found, it’s still a big challenge for companies to achieve.

Omad says that you can debate the pace of change, but that overall, companies are going to operate better when they use data to drive decisions. “I think it’s an interesting intellectual debate, but the direction is one direction. People who deploy this technology will provide better care, better service, hire better, promote employees and grow them better, have better marketing, better sales and be more cost effective,” he said..

Omad and Glasser recognize that many acquisitions don’t succeed, but they believe they are bringing together two like-minded companies that will have a combined ARR of $100 million and 700 employees.

“That’s the icing on the cake, knowing that the cultures are so compatible, knowing that they work so well together, but it starts from a conviction that this advanced analytics can be operationalized throughout enterprises and [with] their customers. This is going to drive transformation inside our customers that’s really great for them and turns them into data-driven companies,” Glasser said.