SiriusXM to acquire Pandora for $3.5 billion

SiriusXM and Pandora have announced acquisition plans before the stock market opens. SiriusXM is offering to acquire Pandora for $3.5 billion in stock, or $10.14 per share. Pandora would continue to exist as an independent service.

For Pandora shareholders, this offer represents a 13.8 percent premium over the volume-weighted average share price of the past 30 days. Both the Pandora board and the SiriusXM board have approved the plan.

But the transaction isn’t going to happen right away. As part of the deal, Pandora negotiated a “go-shop” provision, which means that Pandora’s board can still evaluate other offers. The acquisition is expected to close in the first quarter of 2019.

The announcement says that SiriusXM plans to leverage both services to cross-promote the other service. For instance, you could see references to SiriusXM shows while listening to Pandora. And SiriusXM hosts could suggest downloading the Pandora mobile app.

The company also plans to create subscription packages that could include SiriusXM radios as well as a Pandora premium subscription. SiriusXM also plans to make you listen to Pandora in your car as SiriusXM is already widely available in American cars.

Pandora has been a public company since 2011 but has consistently lost money. The company bet very early on music streaming with an innovative interest-based smart radio format. That was before Spotify, before Apple Music, before SoundCloud, before smartphones. 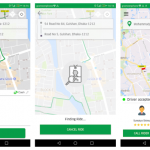