Credit Culture has raised its capital from Malaysia’s RCE Capital Berhad in a deal that allows the investor to potentially take a stake of up 30 percent in the startup. Its investment is via five-year bonds that are secured with the loan receivables from Credit Culture and include granted call options for taking that stake — in other words: this isn’t your regular startup deal.

RCE Capital Berhad said in a filing that Credit Culture has already raised SG$4 million ($2.9 million) via a seed investment, and it appears that it is financially set ahead of its launch.

“We are currently well-positioned with the recent injection of funds. That being said, we are always open to exploring various options to grow especially for regional expansion,” Credit Culture a representative told TechCrunch in an emailed response.

Founded by former bankers, Credit Culture is set to become one of Singapore’s first digital financial service startups after its parent company, DEY, secured approval to operate a moneylending business as part of a pilot to test online fintech services.

Since it hasn’t launched yet, there’s not a huge amount to say about the business, but its goal is to offer personal loans to Singapore-based customers using digital channels, so its website and mobile apps. The company plans to vet applicants using a mixture of existing platforms for data, including government initiative like MyInfo, and its own credit-scoring engine for creditworthiness assessment. It will also require face-to-face verification for loans to be granted, it confirmed.

Like Singapore Life and other digital-only ventures, including Hong Kong’s Bowtie, the objective is to pass on cost savings from being a purely online player — i.e. not operating branches and other physical consumer-facing outlets — and make prices fully transparent to applicants.

As you’d expect, Singapore is the initial focus for the company but it is already eying potential market expansions.

“We do have plans to expand to other Southeast Asian countries like the Philippines and Indonesia,” a spokesperson told TechCrunch. “There is a large potential given the need for personal financing and the large unbanked population segments.” 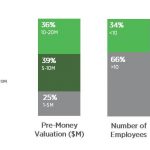 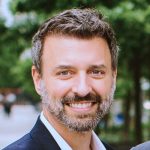