SimplyCook dishes up £4.5M Series A for its subscription-based flavourings and recipe service

SimplyCook, the recipe kit service that focuses on flavour ingredients, has closed £4.5 million in Series A funding. The round is led by Octopus Investments.

Unlike other recipe or meal kits, such as HelloFresh, Gousto and Marley Spoon, U.K.-based SimplyCook doesn’t send all of the fresh ingredients required to turn its recipes into food on your table. Instead, the subscription service consists of recipe cards and what SimplyCook calls “ingredients kits,” which are herbs, spices, sauces and other extras needed to cook each meal.

It’s not only a product that potentially has better margins than fresh food recipe kits — by negating the need to manage such perishable goods — SimplyCook founder and CEO Oli Ashness argues that SimplyCook’s flavour kits have broader mass-market appeal, too.

“Flavour products are used by over 50 percent of consumers weekly,” he says. “Whereas fresh food delivery still caters for maybe 0.25-0.5 percent of evening meals in the UK. Flavour already works as a way to get people cooking. Fresh Meal Kits are fairly unproven”.

“I am actually a fan of how some fresh food players are run and their founders, however, I am still not convinced fresh food meal kits will ever be mass market like us due to the level of monthly commitment. Getting people to spend [less than] £10 per month is much easier than asking them to spend £120-£200 per month, in my opinion. It’s going to be much easier for us to build a big base in customer numbers”.

He also makes the valid point that SimplyCook builds on the success of traditional flavour brands, such as Old El paso, Dolmio, Knorr, and Schwartz, “[that] have got millions cooking”.

Related to this, as well as selling subscriptions online, the company has launched SimplyCook recipe kits in physical retail stores. This is seeing it pursue a hybrid online/offline model that Ashness likens to healthy snack company Graze. (Notably, HelloFresh tried selling into grocery stores in the U.K., before cooling on the idea).

Meanwhile, SimplyCook says its Series A funding will be used to invest in technology and sales & marketing, in order to drive continued growth across the U.K. and beyond.

“We also expect this funding round to fuel international launches,” adds the SimplyCook CEO, [and to] provide working capital for the retail business and allow us to invest in technology to aid our operations. These investments we’ll make over the next 2 years”. 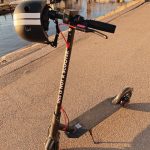 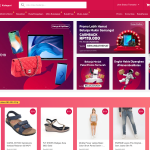