Second Home, the “creative workspace” company co-founded by Rohan Silva, a policy advisor for then British Prime Minister David Cameron, is closing in on a new funding round, TechCrunch has learned.

According to sources, the London startup has secured £20 million in investment from Boston-based investor Gerald Chan, who owns Hang Lung Group with his brother Ronnie Chan. Both were also the first investors in Xiaomi, and Gerald Chan recently gave the biggest ever philanthropic gift to Harvard University, totalling a hefty $350m million.

I understand that the injection of capital will be used to expand to L.A. in the U.S., and possibly another 5 locations, as Second Home continues to scale up its operations and the number of physical locations it has under management. The funding could be announced as soon as next week.

Second Home’s original East London site opened in November 2014. The company opened Second Home Lisbon in 2016, and added another London space in Holland Park this year. A third London Second Home in Clerkenwell Green will open its doors next month.

I’m told that all three are fully occupied, and Silva has previously said that 97 percent of new customers come via referrals and other “organic channels”.

Silva couldn’t be reached for comment at the time of publication. I’ll update this article if and when I hear back. 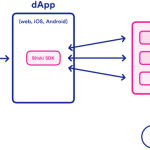