Samsung Ventures, the VC arm of the Korean electronics giant, has made its first investment in Southeast Asia after it backed HR startup Swingvy.

Singapore-based Swingy’s service provides HR services, payroll and insurance for SMEs on a freemium basis. The company announced this week that it raised $7 million that was led by the Samsung arm with participation from Aviva Ventures — from insurance firm Aviva — and Bass Investment. Existing investors Walden International and Big Basin Capital, which financed a previous $1.6 million round, also took part.

Founded in 2016, Swingvy claims to work with over 5,100 companies across Singapore, Malaysia and Taiwan. Those customers, some of which do not pay, have a cumulative user base of over 100,000 employees.

“Our target customer is SMEs not enterprise,” Jin Choeh, who is CEO and one of three Swingvy co-founders, told TechCrunch in an interview. “There are some local players, some legacy players and some startup competitors, but generally we saw that there’s no market leader for HR tech in Southeast Asia.”

The service itself covers areas such as an employee directory, processes for leave, performance management, company calendar, HR reporting, payroll and benefits. On the latter, Swingvy offers health insurance through partnerships with third-parties — Choeh said it is a licensed insurance agent. He said that new features coming soon include claims (for expenses and payments) while further down the line will be monthly insurance and corporate cards.

It is quite common for HR and other ‘base-level’ SME services to develop marketplaces that match their customers with third-party providers — we’ve seen that in Japan among very mature players, for example — but Swingvy isn’t going down that route. Choeh explained that it will consider offering its own services in areas where it believes it can give value to customers and control the quality and experience directly.

More broadly, the startup is aiming to triple its customer base to 15,000 this year thanks to this new injection of capital.

The initial focus is on hiring — Swingy plans to grow its headcount of 23 to over 60 this year — and more “aggressive” sales growth. That’ll mean bringing in a dedicated sales team, increasingly online advertising spend to reach new customers and being more visible around event marketing.

There’s no immediate plan to expand to new markets, but the Swingvy CEO said his company is eyeing potential expansions in 2020. Potential countries include Thailand, Vietnam and Japan, he said. Indonesia — Southeast Asia’s largest economy and the world’s fourth most populous country — is also under review, but Choeh said his team is aware that it is hyper-competitive while the market for paid SME products is particularly challenging.

What of the relationship with Samsung? For now, the relationship is financial rather than strategic, but Choeh admitted that there could be opportunities to work closely together in the future. 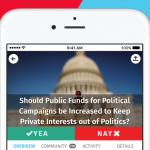