The deal makes for an odd pairing between one of the architects of China’s Great Firewall of censorship and one of America’s most lawless free-speech forums. Some Redditors are already protesting the funding by trying to post content that would rile Chinese’s internet watchdogs, like imagery from Tiananmen Square and Winnie The Pooh memes mocking Chinese President Xi Jinping’s appearance.

Reddit is raising a huge round near a $3 billion valuation

The round brings the Conde Nast-majority owned Reddit to $550 million in total funding. Beyond Tencent, the rest of the round came from previous investors potentially including Andreessen Horowitz, Sequoia, and Fidelity. Apparently frustrated that we had disrupted its PR plan, Reddit today handed confirmation of the round to CNBC which re-reported our scoop without citation.

Reddit’s CEO Steve Huffman has had his own problems with attribution after the exec was caught editing users’ comments to mislead viewers into thinking they were insulting their Subreddit’s moderators. Huffman managed to get off with just an apology and vow not to do it again, though he seemed to laugh off and excuse the abuse of power by saying “I spent my formative years as a young troll on the Internet.”

Reddit will have to compete for ad dollars with the Google-Facebook duopoly despite having less information about its users, who are often anonymous. Reddit sees 330 million users per month across its Subreddit forums for discussing everything from news and entertainment to niche types of pornography, conspiracy theories, and other highly brand-unsafe content. Meanwhile, users may be concerned that Reddit’s policy views could be tightened as it cosies up to Tencent.

Reddit has struggled with staff departures and user revolts over the years as it tries to balance freedom of expression with civility. The hope is the cash could help it pay for experienced leaders and more moderation staff to maintain that balance. But without proper oversight, the cash could simply scale up Reddit and its problems along with it. 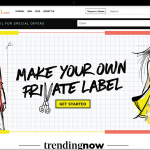