Raena, an Indonesian startup that helps social media influencers launch their own e-commerce brands, announced today that it has raised $1.82 million in seed funding. The round was led by Beenext, with participation from Beenos, Strive and the personal offices of Shailesh Rao, a partner with TPG Growth, and Sanjay Nath, managing partner of Blume Ventures. Like Revolve Group in the United States and Ruhnn Holding in China, which both recently went public, Raena partners with influencers, providing them with the resources to create products under their own branding.

The company launched two months ago and is currently focused on Southeast Asia, where it has partnered with seven influencers so far, who have a total following of 12 million. Founded by CEO Sreejita Deb, who previously held roles at Amazon, InMobi and Google, Raena started by selling Japanese and Korean beauty brands to Indonesian customers. Deb says the company decided to start working with influencers after the products sold well, despite their premium prices and having little brand recognition in Indonesia.

She adds that Southeast Asian countries like Indonesia, Vietnam, Malaysia and Thailand, have some of the highest rates of social media penetration in the world, especially on Instagram, but influencers still have few ways to make money no matter how large their follower base is.

Raena’s team includes people who previously worked at Google, Amazon, Alibaba, Zalora, beauty brand Foreo, Indonesian education startup Ruangguru and Benscrub, an online skincare store. The company draws on their connections to product development teams, suppliers and distribution networks in India, China, Japan and Korea. In order to figure out who to work with and what products to launch, Raena takes a data-driven approach, Deb says.

The company looks for influencers that have at least 500,000 subscribers on YouTube or Instagram and has had discussions with people who have as many as 6.6 million followers. Its most important metric, however, is audience engagement, and to gauge that Raena has developed internal tools that crawl the last 50 posts made by an influencer on Instagram to see how many of their followers liked or commented on it (in the case of videos, it checks the percentage of people who watched the whole thing). Deb says a good engagement rate is anywhere about two percent, with 10 percent being “amazing.”

Since Raena is currently focused on women’s beauty products, its internal tools then hone in on how many of their posts are about beauty-related products and checks if engagement on those posts is higher or lower than the average aggregated engagement for their other posts.

“If someone has a million followers and has 10 percent engagement on average, but when you check branded content or a promo she’s done and see the engagement dips to .5 percent, that indicates her audience doesn’t want to hear her talking about brands or beauty,” Deb says. “Those nuances become very important for us. We look for influencers who have a certain threshold of engagement and influence in different categories.” 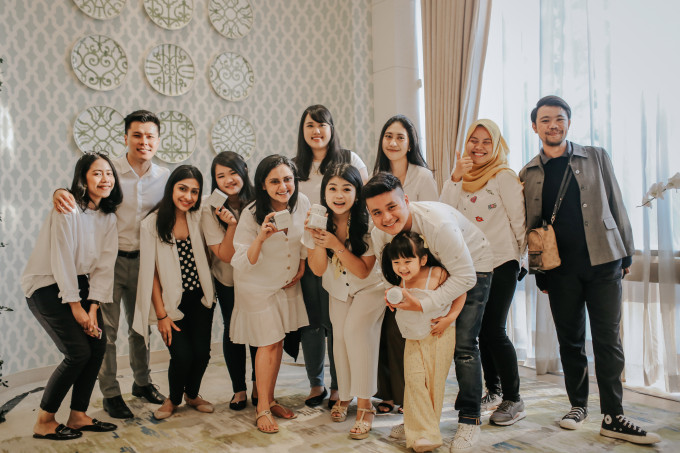 For influencers who meet their metrics, Raena provides product development and logistical resources. The first brand it launched was Moonella and Family, created with babymoonella, a family with a total audience of more than two million. Deb says its debut offering, the Calm and Rescue Balm, took five weeks to create from conception to launch and was chosen because the company saw demand among milliennial parents for childcare products that are paraben- and sulphate-free. They also saw that many young women, even those without children, like to buy all-purpose balms to use on their lips or dry skin.

Raena’s team first discusses consumer research with its influencer partners, who are usually presented with about five product concepts. Then they go back to suppliers with feedback and the influencer’s criteria. After that, products are refined over several iterations. During that process, the influencer polls followers about what they want in the final product, before it goes into production. Deb says Raena plans to keep a very standardized product development process in order to ensure quality as the company scales up. Raena isn’t disclosing how much revenue it shares with influencers, but Deb says they get a cut of sales, without flat fees or minimum guarantees so the company and its partners share risk more evenly.

One key difference between Southeast Asia and many other markets is the importance of marketplaces versus individual online stores. For example, the Calm and Rescue Balm is sold on Shopee and Lalabee.co. Deb says that presents unique distribution challenges, but on the other hand, it also leaves a lot of room for new products and direct-to-consumer brands.

“One of the biggest things in our favor is that in the U.S., the U.K. or Europe, when companies like Unilever or Procter and Gamble plan out a pipeline, those come to the top in more mature, developed markets like that. Essentially there is still very little product innovation for audiences in markets like Indonesia or India and a lot of direct-to-consumer brands have rushed to fill that void,” she says.

“We are launching in new markets and there are key differences,” she adds. “The approach to distribution needs to be more thoughtful and tailored to the market. You can’t copy and paste distribution models from the U.S., but on the plus side, video and social media have much higher penetration and because consumer companies are not moving at a fast enough pace for these markets, it leaves them ripe for direct-to-consumer innovation.” 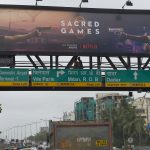