Planck Re, a startup that wants to simplify insurance underwriting with artificial intelligence, announced today that it has raised a $12 million Series A. The funding was led by Arbor Ventures, with participation from Viola FinTech and Eight Roads. Co-founder and CEO Elad Tsur tells TechCrunch that the capital will be used to expand Planck Re’s product line into more segments, including retail, contractors, IT and manufacturing, and grow its research and development team in Israel and North American sales team.

The Tel Aviv and New York-based startup plans to focus first on its business in the United States, where it has already launched pilot programs with several insurance carriers. Tsur says that Planck Re’s clients generall use it to help underwrite insurance for small to medium-sized businesses, including business owner policies, which cover property and liability risks, and workers’ compensation.

Founded in 2016 by Tsur, Amir Cohen and David Schapiro, Planck Re poses its technology as a more efficient and accurate alternative to the lengthy risk assessment questionnaire insurers ask clients to fill out. Its platform crawls the Internet for publicly available data, including images, text, videos, social media profiles and public records, to build profiles of SMBs seeking insurance coverage. Then it analyzes that data to help carriers figure out their potential risk.

Before launching Planck Re, Tsur and Cohen founded Bluetail, a data mining startup that was acquired by Salesforce in 2012, where it served as the base technology for Salesforce Einstein. Schapiro was previously CEO of financial analytics company Earnix.

There are already a handful of startups, including SoftBank-backed Lemonade, Trōv, Cover, Hippo and Swyfft, that use algorithms to make picking and buying insurance policies easier for consumers, but AI-based underwriting is still a nascent category. One example is Flyreel, which focuses on underwriting property insurance and recently signed a deal with Microsoft to accelerate its go-to-market strategy.

Tsur says Planck Re is developing more dedicated algorithms to meet the evolving needs of insurance providers. For example, many underwriters now want to know if clients in photography use aerial imaging equipment, so Planck Re’s imaging process capabilities automatically check images for that information.

He adds that being able to automate underwriting enables carriers to find new distribution channels, including allowing customers to apply for insurance online without needing to fill out any forms. Planck Re also continues to monitor and underwrite policies, which means if a customer’s risk profile changes, insurers can react quickly.

In a statement, Arbor Ventures vice president and head of Israel Lior Simon said “We are excited to partner with Planck Re and the driven, entrepreneurial team. Insurance companies are thirsty for actionable data, to assess risk, gain real time insights and enhance customer understanding. Planck Re aims to empower them through a streamlined digital approach, which we believe will truly alter the insurance industry.” 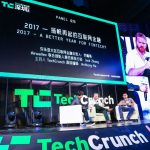