Hon on the heels of being acquired by company builder Finleap, German SME banking upstart Penta has appointed a new CEO.

Marko Wenthin, who previously co-founded solarisBank (the banking-as-a-service used by Penta), is now heading up the company, having replaced outgoing CEO and Penta co-founder Lav Odorović.

I understand Odorović left Penta last month after it was mutually agreed with new owner Finleap that a CEO with more experience scaling should be brought in. The Penta co-founder remains a shareholder in the SME banking fintech and is thought to be eyeing up his next venture.

Wenthin, who remains on the board of solarisBank according to LinkedIn, stepped down from the banking-as-a-service’s executive team in late 2018 citing “health reasons” and saying that he needed to focus on his recovery. It’s not known what those health issues were, although, regardless, it’s good to see that he’s well-enough to take up a new role as Penta CEO.

“Lav is still part of the shareholders at Penta. His step back from the operational management team was a decision taken by mutual agreement. Lav was the right fit during the building phase of Penta, but by entering a new step of growth, the company faces bigger challenges and needs therefore to position itself differently”.

Penta says that in his new leadership role, Wenthin, who previously spent 16 years at Deutsche Bank, will lead international expansion — next stop Italy — and begin to market the fintech to larger SMEs in addition to its original focus on early-stage startups and other small digital companies. “In the future, the focus will be also on traditional medium-sized companies,” says Penta.

Adds Wenthin in a statement: “I am very much looking forward to my new role at Penta. On the one hand, digital banking for small and medium-sized companies is very important to me, as they are the driver of the economy and I have spent most of my career in this segment. On the other hand, I have known Penta and the team for a long time as successful partners of solarisBank. Penta is the best example of how a very focused banking provider can create real, digital added value for an entire customer segment in cooperation with a banking-as-a-service platform”.

Meanwhile, TechCrunch understands that Odorović’s departure and the appointment of Wenthin isn’t the only recent personnel change within Penta’s leadership team. According to LinkedIn, Aleksandar Orlic, who held the position of CTO, departed the company last month. “We are searching for a new CTO,” said a Penta spokesperson. 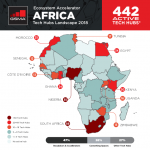