Peek, a U.S. startup aiming to digitize the travel activities industry, has pulled a $23 million Series B round of financing and uncorked a partnership with Google that will help increase its visibility.

Founded in 2012 by Ruzwana Bashir (CEO) and Oskar Bruening (CTO), the San Francisco-based startup describes itself as “OpenTable for the activities market” in that it aims to make booking activities as seamless and straightforward as a restaurant or even a flight.

Peek raised $10 million two years ago, and this new round is led by Cathay Innovation with participation from existing backers that include ex-Yelp COO Geoff Donaker, Kayak founder Paul English, I2BF and Manta Ray. Peek has plenty of well-known angel backers, including Pete Flint — founder of Trulia and NFX — former Google executive chairman Eric Schmidt and Twitter CEO Jack Dorsey. This new round takes it to $40 million from investors to date.

In addition to the money, the startup has announced a tie-up with Google that will see its inventory added to Google Search, Google Maps and Google Trips. That’s sure to help visibility and spike bookings, and it adds to other partnerships that Peek has struck with platforms that include Yelp.

Peek is taking aim at the global activities market which Bashir estimates is worth some $150 billion, with the U.S. being the most lucrative market on the planet.

“It hasn’t gone through the analog-to-digital transition like other industries,” she told TechCrunch in an interview. “So we’re building the infrastructure and software that emerged in other industries ten years ago.” 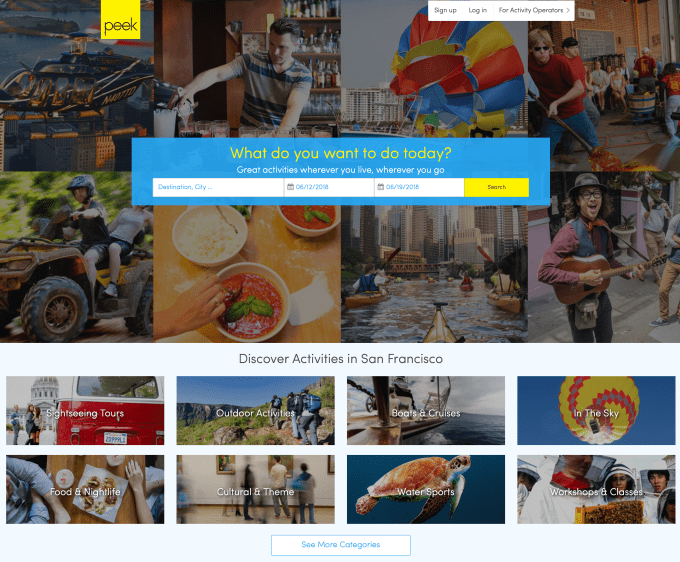 Peek’s business model is similar to two well-funded Asian companies, Klook — which has raised over $90 million from the likes of Sequoia China and Goldman Sachs — and KKDay, which was recently backed by Japanese travel giant H.I.S.. Despite that, Bashir said that the problem of digitizing the space isn’t just limited to Asia or emerging markets.

“When you look at businesses in the U.S., over 70 percent don’t have real-time online booking, you still have to call the business or email them,” she explained.

That’s an important point, and it underlines the approach that Peek has taken. Unlike its Asia-based rivals, the company has a double-sided business which starts by offering booking software that allows travel companies to enable bookings and sales on their own website. It also allows them to run their businesses from mobile, which is increasingly important for businesses that exist outdoors, as is common in travel and activities.

That’s the hook that gets them into Peek, and from there the company offers more services under its ‘Pro’ service and also the consumer-facing platform that service providers can join. That’s the platform that travelers (or, rather, action-seekers) use to book activities. That distinction on ‘travelers’ is important since Bashir said that around one-third of Peek bookings come from people doing things in their own town, so not everyone is traveling. 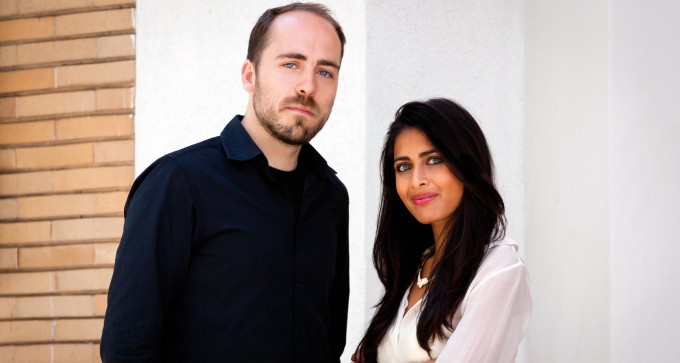 Peek claims to offer 10,000 experiences in the U.S. and Mexico, as well as spots like Paris and London. It has 500,000 reviews and ratings, each of which is verified since users can only leave them if they have booked, paid-for and completed their activity.

Bashir said, in addition, that the company’s software has scaled to handle “hundreds of millions of dollars” in booking volume. She declined to give specific financial details, including revenue and profit/loss, but did say that the company’s unit economics are “highly profitable” but it is seeking growth right now.

“Part of this round is allowing ourselves to go out and reach more businesses,” she added.

For now, Peek is keeping its focus on the U.S. but it has also expanded into Mexico since that is a well-trodden destination for U.S.-based travelers. That focus will continue following this round, with Bashir adamant that with an estimated two percent of activity spend booked online, there’s plenty of potential growth to be had at home before tackling international markets.

She did, however, say that the decision to work with Cathay Innovation — which raised its inaugural $320 million fund last year — was partly borne out of an awareness that when it is time to venture overseas, the firm has experience and networks that will be helpful. 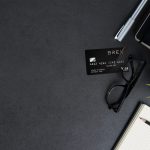