On the busiest nights, a restaurant can’t afford to even lose a dishwasher to getting sick or not being around — or simply ghosting on the company — and end up frustrating the whole experience for the rest of the staff and restaurant goers.

It’s a problem that Will Pacio was acutely familiar with during his time at Spice Kit, and it’s why he and Dave Lu — who didn’t really have much experience other than delivering Chinese food in high school, but wanted to get into the industry — started Pared. It essentially serves as an on-demand tool for restaurant workers, who might find themselves already working across multiple different jobs or multiple different restaurants and are looking for a lifestyle over which they have some more control. The company said it has raised a $10 million financing round led by CRV, with existing investors Uncork Capital and True Ventures also participating. CRV partner Saar Gur is joining the company’s board of directors.

“Even if I go [to Craigslist], it’ll take four to six weeks to get someone to show up,” Lu said. “You hire them, you train them, and then they don’t show up to work the very first day. Even if I paid overtime, I don’t have enough employees to cover the shifts. For [Pacio] it was a nightmare, and I just want to be able to tap an app to get that kid from Safeway across the street who knows how to make sandwiches and make them for me.” 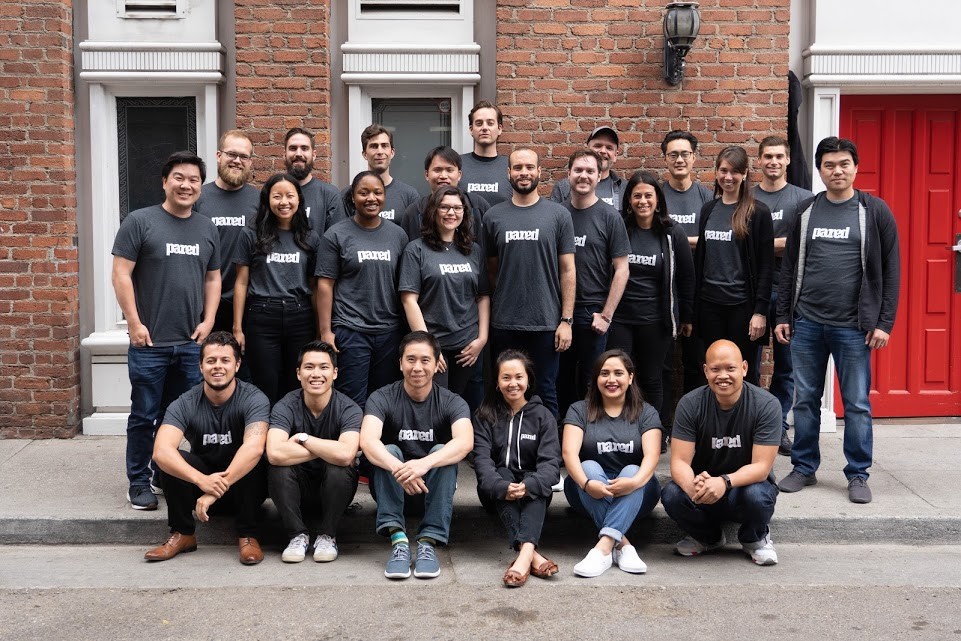 The app largely focuses on back-of-the-house operations like line cooks, prep cooks, and dishwashers, though it could theoretically extend to any part of the restaurant experience. Restaurants go to the app and say they are looking for what the app calls a ‘Pro’ in whatever role they need, and are able to book the employee right away for the slot they have in their schedule. It might come at a slight premium over the typical hire, but restaurants are already willing to pay overtime in order to cover those gaps and keep things moving smoothly, Lu said.

For employees, it’s a pretty similar experience — they see a job posted on the app, with a time slot, and they make themselves available for an hourly wage. The second benefit, Lu said, is that they can start to slowly make a name for themselves if they are able to prove out their skills and move up the ranks at any of those restaurants. The culinary community is a small one, he said, and it offers a lot of room to start building up a reputation as an exceptional chef or just finally get a first shot at a sauté position in the kitchen after working at the back of the house. That, too, might be part of the appeal of jumping on a service like Pared rather than just driving for Uber.

“On our platform, every shift and rating you get, every connection you get in the industry — and it’s a very tight network — you build up your own reputation or identity,” Lu said. “We’re helping them build up, it’s more like a race to the top than a race to the bottom. They start off as a prep cook, and they start getting offers for line cook positions. We might have videos for learning to do this or that. They can work their way up to build that reputation. It’s all about reputation, it’s about people you trust.”

And like Uber, that flexibility is one of the more critical selling points of the application. A line cook might want to spend some time in New York to learn the scene there, and with an app like Pared, they can get access to some potential openings at restaurants in the area. As their experience — and their reputation — builds up over time, Lu hopes Pared gets known as a launching point for many careers, in addition to just offering restaurant workers a more flexible lifestyle.

There are certainly larger platforms that aren’t just targeting the restaurant ecosystem, and look to be a more global hub for hourly workers. Shiftgig, which raised $20 million last year, is one interpretation of that idea. But by offering a more curated and focused experience — one for which a kind of aspirational chef might keep gravitating back toward because they hope to one day end up running their own kitchen — can help build up that reputation for having a reliable workforce that any restaurant can use.