Palo Alto Networks launched in 2005 in the age of firewalls. As we all know by now, the enterprise expanded beyond the cozy confines of a firewall long ago and vendors like Palo Alto have moved to securing data in the cloud now too. To that end, the company announced its intent to pay $173 million for RedLock today, an early-stage startup that helps companies make sure their cloud instances are locked down and secure.

The cloud vendors take responsibility for securing their own infrastructure, and for the most part the major vendors have done a decent job. What they can’t do is save their customers from themselves and that’s where a company like RedLock comes in.

As we’ve seen time and again, data has been exposed in cloud storage services like Amazon S3, not through any fault of Amazon itself, but because a faulty configuration has left the data exposed to the open internet. RedLock watches configurations like this and warns companies when something looks amiss.

Badhwar speaking in a video interview about the acquisition says they have been focused on helping developers build cloud applications safely and securely, whether that’s Amazon Web Services, Microsoft Azure or Google Cloud Platform. “We think about [RedLock] as guardrails or as bumper lanes in a bowling alley and just not letting somebody get that gutter ball and from a security standpoint, just making sure we don’t deviate from the best practices,” he explained.

“We built a technology platform that’s entirely cloud-based and very quick time to value since customers can just turn it on through API’s, and we love to shine the light and show our customers how to safely move into public cloud,” he added.

He believes that customers will benefit from RedLock’s compliance capabilities being combined with Palo Alto’s analytics capabilities to provide a more complete cloud security solution. It will also fit nicely with Evident.io, a cloud infrastructure security startup, the company acquired in March for $300 million.

RedLock launched in 2015 and has raised $12 million. The $173 million purchase would appear to be a great return for the investors who put their faith in the startup. 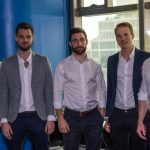 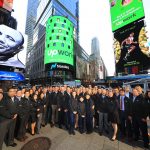