French startup Ornikar is raising a $40 million Series B round (€35 million) from Idinvest and Bpifrance. The company competes with traditional driving schools in Europe with an online marketplace of students and teachers.

And Ornikar has been a massive success in France. Overall, 35 percent of driving school registrations in 2019 are handled by Ornikar.

There are many advantages in choosing Ornikar. For driver students, Ornikar is much more flexible than a traditional driving school. Driving schools in France are usually pretty small with only a handful of employees. It’s sometimes hard to book lessons, especially if you have a full-time work.

When you sign up to Ornikar, you can connect to your Ornikar account and book an hour or two from there. Ornikar works with a pool of 650 instructors so that you get to study at your own pace.

Here are some numbers. Every month, 30,000 people sign up to Ornikar in France. The startup manages 70,000 hours of lessons per month on its marketplace.

Ornikar works with qualified instructors who got a license to work in a driving school. They get paid €15 per hour, which is theoretically more than in a normal driving school.

With today’s funding round, the startup wants to expand to more countries. Ornikar is already live in Germany and Spain, but the company wants to grow the product there. Eventually, the company will also expand to Italy and the U.K.

In addition to new countries, Ornikar wants to sell other car-related products. The company is partnering with third-party companies for car insurance products, and there will be more products down the road. 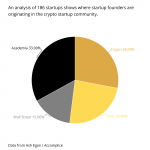