Notion Capital today announces a new $150M fund in a bid to bolster its claim to being the go-to investor for European B2B tech.

Launched ten years ago after the $700M exit of MessageLabs by co-founders Ben and Jos White, this new fourth fund will continue its previous focus on Series A SaaS and enterprise tech, but will now come with an increased focus on cybersecurity, automation and marketplaces. Notion now has $500M under management and over 50 investments. Its portfolio includes several European unicorns, including Tradeshift, GoCardless Unbabel, Paddle, CurrencyCloud, Duedil, Mews Systems and others.

Commenting, partner Stephen Chandler said: “When we founded Notion in 2009, we felt there was a mouth-watering, once-in-a-lifetime opportunity to help transform an industry and create a huge amount of value along the way. Having built the largest EU SaaS exit, we firmly believed that SaaS, as a fundamentally better way of delivering software, was going to be transformational and that we had a unique perspective.”

He also said: “Notion is the only post-seed VC in Europe started by B2B founders. That means a culture of entrepreneurial empathy and investigating the whys and hows, instead of just cold KPIs. We ran and built one SaaS company for ten years and have subsequently invested in and worked with 60+ SaaS companies over the next ten.”

In May of this year, Notion launched Included, a VC fellowship program, to increase the number of underrepresented communities within the venture capital industry and the diversity of deal flow.

It has now had more than 1,500 applications for 30 places on the 12-month fellowship which starts this month. Whilst Notion was the pioneer behind this initiative, the program is now widely supported and funded by a wide group of European VCs and other sponsors. 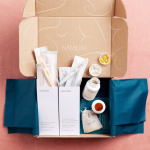