Netskope, a company that focuses on security in the cloud, announced today it has acquired Sift Security, a startup launched in 2014 to help secure cloud infrastructure services like Amazon, Microsoft and Google using machine learning.

The company did not share terms of the deal, but Sift’s 10 technical employees will become part of Netskope’s 500+ person team and Sift CEO Neil King will lead the Netskope IaaS product management team moving forward.

While Netskope provides comprehensive cloud and website security from a single interface, Sift uses machine learning to provide breach detection and automated response for Infrastructure as a Service environments, even across multiple clouds.

Netskope founder and CEO Sanjay Beri says together the two companies can offer more security visibility than they had previously. “Sift Security enhances Netskope’s ability to uniquely gather and visualize the richest set of contextualized data on transactions across nearly all of the services provided by the Netskope Security Cloud — including transaction visibility, DLP (data loss prevention), threat protection, adaptive access control and anomaly detection,” he explained.

Beri explained that it was ultimately more than a pure technology purchase or talent acquisition because at the end of the day the two companies have to work together. That requires a good cultural fit too. “Neil King — Sift’s CEO and now head of IaaS Product Management for Netskope — and I met and started talking early in the year and over time through many discussions (and over time having our engineering teams meet and spend time together) realized that together our companies would be a great fit,” Beri wrote in a blog post announcing the deal.

While the infrastructure cloud vendors do a good job of securing their data centers against attack, Beri says best practices point to a “shared responsibility model”, which holds that both cloud providers and their customers play a role in overall security. 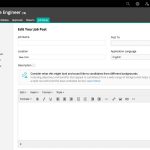