Netlify wants to revolutionize the way developers build websites, abstracting away the web server and breaking web sites into microservices, making the process more like building a mobile application than a traditional website. Today, the company announced a $30M Series B investment to help continue to build on that vision.

Kleiner Perkins led the round. Andreessen Horowitz and the founders of Slack (Stewart Butterfield), Yelp (Jeremy Stoppelman) and Figma (Dylan Field) all participated. Today’s investment brings the total raised to over $44 million, according to Crunchbase data.

Chris Bach, co-founder and president and Matt Biilmann, co-founder and CEO see the change they are trying to make as part of the larger shift to an API economy. They want to take the same ease of development APIs have given programmers in a mobile context and bring that to web development.

As I wrote earlier this year when they announced support for AWS Lambda, they want to reduce the complexity around web development:

“Netlify has abstracted away the concept of a web server, which it says is slow to deploy and hard to secure and scale. By shifting from a monolithic website to a static front end with back-end microservices, it believes it can solve security and scaling issues and deliver the site much faster.”

The founders have a grand vision, “We are basically out to replace all web servers with a with a global application delivery network,” Bach explained.

Mamoon Hamid, general partner at investor Kleiner Perkins says that while the website backend has evolved over recent years, the front end has remained static, and that’s what Netlify is addressing with their microservices-based approach to web development. “Netlify smack dab hits our view of where we need to go for the web to flourish,” Hamid told TechCrunch.

He believes the last shift of this magnitude in web development at the presentation layer was the advent of the CMS 15 years ago, and we are starting to see developers attracted to the Netlify approach in a big way. “We really believe that with this 300,000 strong developer force that’s already behind Netlify that they’re showing early signs of tapping into what could be  the platform from which a significant portion of the web content is served from [in the future],” Hamid said.

Netlify is working to increase the number of websites running on their approach in the coming years and see this as a mission to change the web. “For us, it’s very important to keep being a place where developers want to go and very easily can get something up and running. And then you can scale from there,” Bach said.

The company wants to build out a more organized sales and marketing team to sell the Netlify approach to larger organizations, while continuing to build out the product and developer outreach. All of this takes money and that’s why they went for such a large round today. 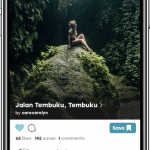