Nectar’s sonar bottle caps could save $50B in stolen booze

Bars lose 20 percent of their alcohol to overpours and “free” drinks for friends. That amounts to $50 billion per year in booze that mysteriously disappears, making life tough for every pub and restaurant. Nectar wants to solve that mystery with its ultrasound depth sensing bottle caps that measure how much liquid is left in a bottle by measuring how long it takes a sonar pulse to bounce back. And now it’s bringing real-time pour tracking to beer with its gyroscopic taps. The result is that bar managers can find out who’s pouring too much or giving away drink, which promotions are working, when to reorder bottles without keeping too much stock on hand, and avoid wasting hours weighing or eyeballing the liquor level of their inventory.

Nectar’s solution to alcohol shrinkage has now attracted a $10 million Series A led by DragonCapital.vc and joined by former Campari chairman Gerry Ruvo who will join the board. “Not a lot of technology has come to the bottle” Nectar CEO Aayush Phumbhra says of ill-equipped bars and restaurants. “Liquor is their highest margin and highest cost item. If you don’t manage it efficiently, you go out of business.” Other solutions can look ugly to customers, forcibly restrict bartenders, or take time and money to install and maintain. In contrast, Phunumbhra tells me “I care about solving deep problems by building a solution that doesn’t change behavior.”

Investors were eager to back the CEO, since he previously co-founded text book rental giant Chegg — another startup disrupting an aged market with tech. “I come from a pretty entrepreneurial family. No one in my family has ever worked for anyone else before” Phunumbhra says with a laugh. He saw an opportunity in the stunning revelation that the half-trillion dollar on-premises alcohol business was plagued by missing booze and inconsistent ways to track it.

Typically at the end of a week or month, a bar manager will have staff painstakingly look at each bottle, try to guess what percent remains, and mark it on a clipboard to be loaded into a spreadsheet later. While a little quicker, that’s very subjective and in-accurate More advanced systems see every bottled weighed to see exactly how much is left. If they’re lucky, the scale connects to a computer, but they still have to punch in what brand of booze they’re sizing up. But the process can take many hours, which amounts to costly labor and infrequent data. None of these methods eliminate the manual measurement process or give real-time pour info.

So with $6 million in funding, Nectar launched in 2017 with its sonar bottle caps that look and operate like old-school pourers. When bars order them, they come pre-synced and labeled for certain bottle shapes like Petron or Jack Daniels. Their Bluetooth batteries last a year and connect wirelessly to a base hub in the bar. With each pour, the sonar pulse determines how much is in the bottle and subtracts it from the previous measurement to record how much was doled out. And the startup’s new gyroscopic beer system is calibrated to deduce pour volume from the angle and time the tap is depressed without the need for a sensor to be installed (and repaired) inside the beer hose.

Bar managers can keep any eye on everything throughout the night with desktop, iOS, and Android apps. They could instantly tell if a martini special is working based on how much gin across brands is being poured, ask bartenders to slow their pours if they’re creeping upwards in volume, or give the green light to strong pours on weeknights to reward regular customers. “Some bars encourage overpours to get people to keep coming back” says local San Francisco celebrity bartender Broke-Ass Stuart, who tells me pre-measured pourers can save owners money but cost servers tips.

Nectar now sells self-serve subscriptions to its hardware and software, with a 20 cap package costing $99 per month billed annually with free yearly replacements. It’s also got a free 2 tap trial package, or a $399 per month enterprise subscription for 100 taps. Nectar is designed to complement bar point of sale systems. And if a bar just wants the software, Nectar just launched its PrecisionAudit app where staff tap the current liquid level on a photo of each different bottle for more accurate eyeballing. It’s giving a discount rate of $29.99 per month on the first 1000 orders. 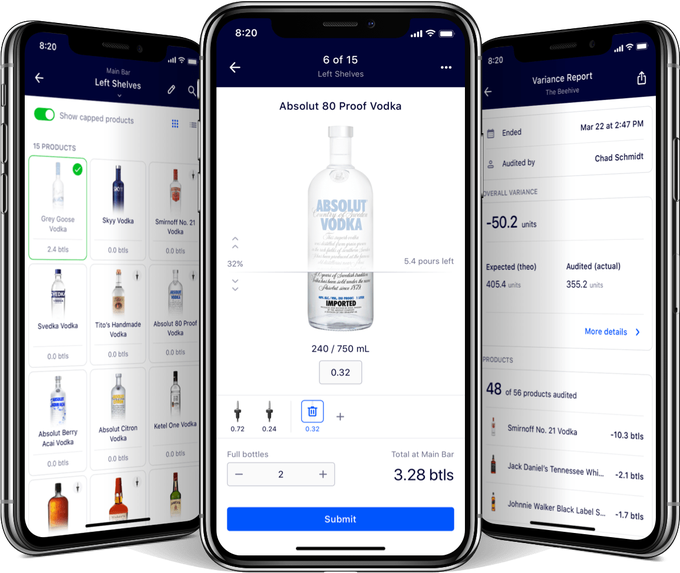 After 2 million pours measured, the business is growing 200 percent quarter-over-quarter as bowling alley chains and stadiums sign up for pilots. The potential to change the booze business seduced investors like Tinder co-founders Sean Rad and Justin Mateen, Palantir co-founder Joe Lonsdale, and the founding family of the Modelo beer company. Next, Nectar is trying to invent a system for wine. That’s trickier since its taps would need to be able to suck the air out of the bottles each night.

The big challenge will be convincing bars to change after tracking inventory the same way for decades. No one wants to deal with technical difficulties in a jam-packed bar. That’s partly why Nectar’s subscription doesn’t force owners to buy its hardware up front.

fIf Nectar can nail not only the tech but the bartender experience, it could pave a smoother path to hospitality entrepreneurship. Alcohol shrinkage is one factor leading to the rapid demise of many bars and restaurants. Plus, it could liberate bartenders from measuring bottles into the wee hours. Phunumbhra “They’re coming in on weekends and working late. We want them to spend that time with their families and on customer service.” 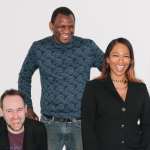