Kapwing is a laymen’s Adobe Creative Suite built for what people actually do on the internet: make memes and remix media. Need to resize a video? Add text or subtitles to a video? Trim or crop or loop or frame or rotate or soundtrack or… then you need Kapwing. The free web and mobile tool is built for everyone, not just designers. No software download or tutorials to slog through. Just efficient creativity.

In a year since coming out of stealth with 100,000 users, Kapwing has grown 10X, to more than 1 million. Now it going pro, building out its $20/month collaboration tools for social media managers and scrappy teams. But it won’t forget its roots with teens, so it has dropped its pay-$6-to-remove-watermarks tier while keeping its core features free.

Eager to capitalize on the meme and mobile content business, CRV has just led an $11 million Series A round for Kapwing. It’s joined by follow-on cash from Village Global, Sinai and Shasta Ventures, plus new investors Jane VC, Harry Stebbings, Vector and the Xoogler Syndicate. CRV partners “the venture twins” Justine and Olivia Moore actually met Kapwing co-founder and CEO Julia Enthoven while they all worked at The Stanford Daily newspaper in 2012.

Need to edit a meme or video? Kapwing has all the resizing, GIF, & subtitle tools you need https://t.co/FXDjShlUTq pic.twitter.com/1fEHxGoboz

“As a team, we love memes. We talk about internet fads almost every day at lunch and pay close attention to digital media trends,” says Enthoven, who started the company with fellow Googler Eric Lu. “One of our cultural tenets is to respect the importance of design, art and culture in the world, and another one is to not take ourselves too seriously.” But it is taking on serious clients.

As Kapwing’s toolset has grown, it has seen paying customers coming from Amazon, Sony, Netflix and Spotify. Now only 13% of what’s made with it are traditional text-plus-media memes. “Kapwing will always be designed for creators first: the students, artists, influencers, entrepreneurs, etc. who define and spread culture,” says Enthoven. “But we make money from the creative professionals, marketers, media teams and office workers who need to create content for work.”

That’s why in addition to plenty of templates for employing the latest trending memes, Kapwing now helps Pro subscribers with permanent hosting, saving throughout the creation process and re-editing after export. Eventually it plans to sell enterprise licenses to let whole companies use Kapwing. 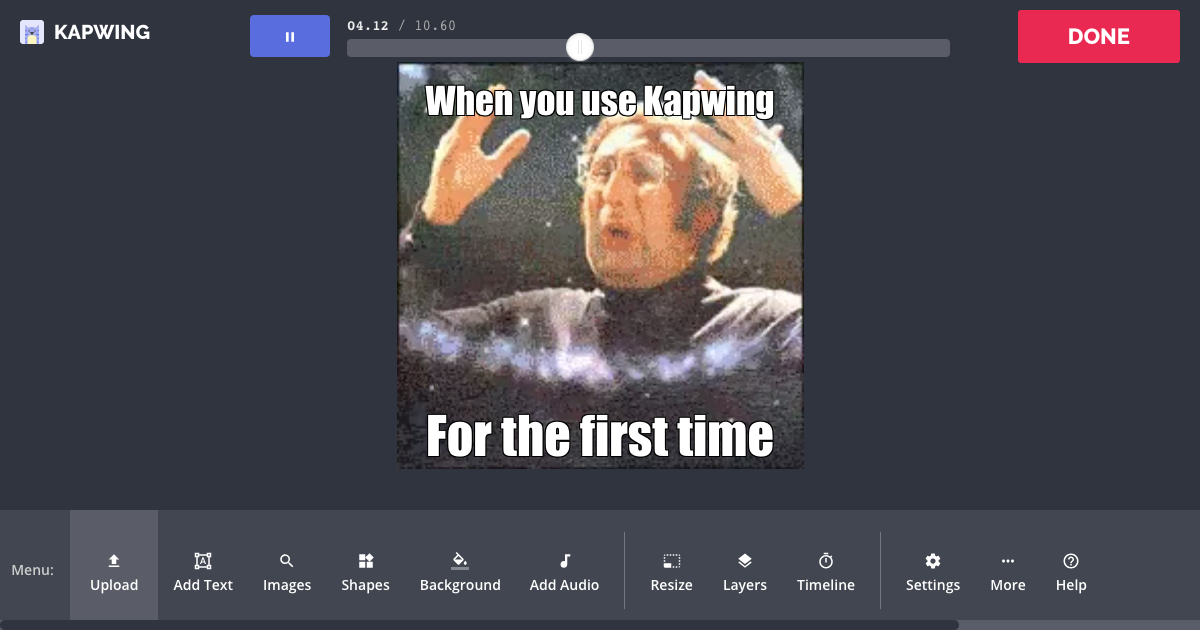 Copycats are trying to chip away at its business, but Kapwing will use its new funding to keep up a breakneck pace of development. Pronounced “Ka-Pwing,” like a bullet ricochet, it’s trying to stay ahead of Imgflip, ILoveIMG, Imgur’s on-site tool and more robust apps like Canva.

If you’ve ever been stuck with a landscape video that won’t fit in an Instagram Story, a bunch of clips you want to stitch together or the need to subtitle something for accessibility, you’ll know the frustration of lacking a purpose-built tool. And if you’re on mobile, there are even fewer options. Unlike some software suites you have to install on a desktop, Kapwing works right from a browser. 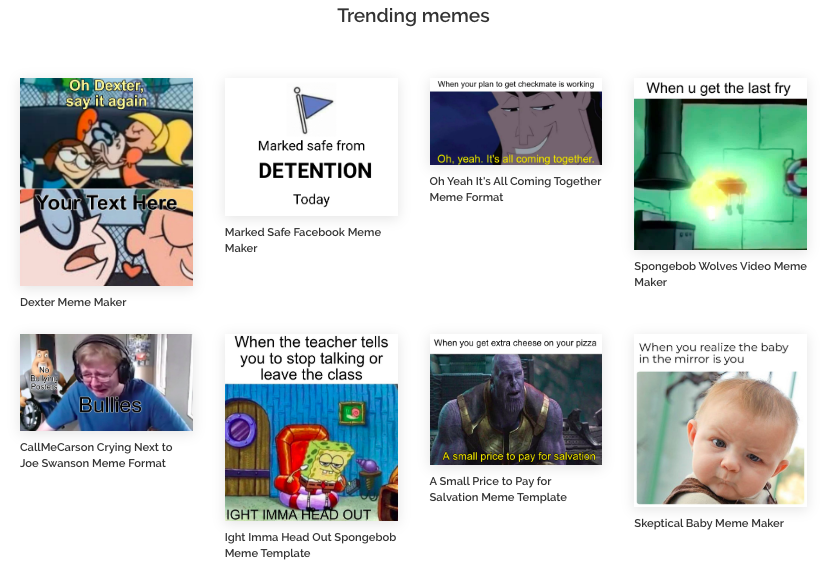 ” ‘Memes’ is such a broad category of media nowadays. It could refer to a compilation like the political singalong videos, animations like Shooting Star memes or a change in music like the AOC Dancing memes,” Enthoven explains. “Although they used to be edgy, memes have become more mainstream . . . Memes popularized new types of multimedia formats and made raw, authentic footage more acceptable on social media.”

As communication continues to shift from text to visual media, design can’t only be the domain of designers. Kapwing empowers anyone to storytell and entertain, whether out of whimsy or professional necessity. If big-name creative software from Adobe or Apple don’t simplify and offer easy paths through common use cases, they’ll see themselves usurped by the tools of the people.

Kapwing is Adobe for the meme generation