Singular, a startup working to unify data for marketers, is announcing that it has raised $30 million in Series B funding.

The company was founded by former Onavo executives, including Gadi Eliashiv, Eran Friedman and Susan Kuo — who now serve, respectively, as Singular’s CEO, CTO and COO.

Eliashiv explained that Singular was created in response to “this trend of data explosion in the marketing stack,” which require marketers to pull data from hundreds or thousands of different systems.

“Essentially what we see is the creation of this new category of marketing intelligence, where the complexity of the marketing stack has created the need for this layer that sits on top,” he said. “It doesn’t matter if you use a marketing cloud like Adobe that’s bundling five products together — at the end of the day, you need a layer on top on making sense of it, helping you make better decisions.” 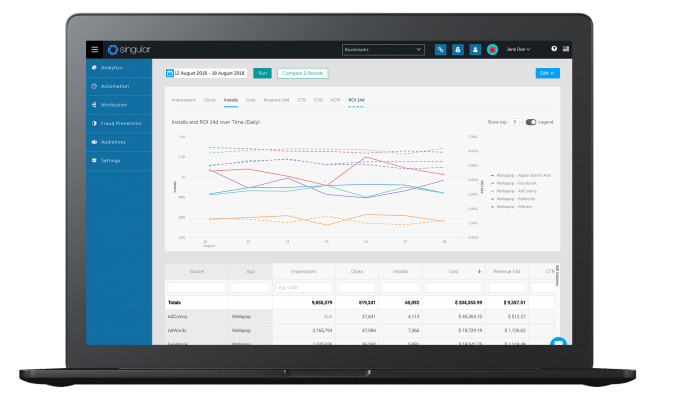 Eliashiv said Singular is able to go from a high-level dashboard summary for CMOs to “the finest level of detail.” He also noted that while the company is designed to integrate with existing marketing tools, it will “oftentimes displace smaller point solutions.”

“Our principal is, it has to be relevant for data, meaning we’re never going to displace your ad-buying tool,” he added. “It’s not what we do. We’re an intelligence platform.”

The idea of unifying marketing data is one that I hear a lot, but Eliashiv’s claims seem weightier when you see that Singular is already working with a number of big names, including Lyft, Yelp, Airbnb, Linkedin, Symantec, Zynga, Match and Twitter.

Singular previously raised $20 million in funding. Norwest Venture Partners led the new round, with partner Scott Beechuk joining the board of directors.

Beechuk told me that he’d been studying marketing analytics market for quite some time, and he argued, “There is something really unique and special about Singular. It’s the bridge between mobile, web and offline, all on a single platform.”

“What you’re going to find is, there are going to be a lot of technologies that Singular replaces,” Beechuck continued. “Let’s say a CMO or [chief growth officer] has 300 different outlets where they are advertising … Every one of those systems tends to have their own analytics built in. The first thing Singular does, it replaces all of those analytics systems with a single pane of glass.” 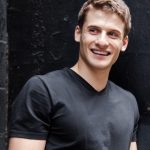