Another tech billionaire will scoop up a major news outlet. Meredith Corporation, which acquired Time Inc. in January, announced today that it has agreed to sell its eponymous magazine to Salesforce.com co-founder Marc Benioff and his wife Lynne Benioff for $190 million in cash.

Meredith said in March that it planned to sell Time, Sports Illustrated, Fortune and Money as part of its goal to save $400 million to $500 million over the next two years and increase the profitability of its remaining portfolio of publications. In its announcement today, the company said it will use proceeds from the sale of Times magazine to pay off debt and expects to reduce its debt by $1 billion during fiscal 2019.

The Benioffs, who are on the other side of the spectrum as supporters of progressive politics, are purchasing Time magazine as individuals. In other words, Salesforce.com, where Benioff serves as chairman and co-CEO, and other companies are not involved with the deal. Marc Benioff told the Wall Street Journal that he and his wife will not be involved in Time magazine’s daily operations or editorial decisions and added that “we’re investing in a company with tremendous impact on the world, one that is also an incredibly strong business. That’s what we’re looking for when we invest as a family.”

Other tech billionaires who have purchased major publications include Amazon CEO Jeff Bezos, who bought the Washington Post in a personal capacity five years ago and Laurene Powell Jobs, whose philanthropic organization, Emerson Collective, acquired a majority stake in The Atlantic last year. (While Jack Ma was a driving force behind Alibaba Group’s acquisition of the South China Morning Post in 2016, that acquisition was made by the company, not Ma.)

Despite being one of the most famous and iconic news brands in the U.S., Times magazine has (like other print publications) struggled to cope with falling circulation and revenue as it invests digital properties.

In an interview with the Wall Street Journal, the magazine’s editor in chief, Edward Felsenthal, said “we’ve done a lot to transform this brand over the last few years so that it is far beyond a weekly magazine” and added that its business is “solidly profitable.” 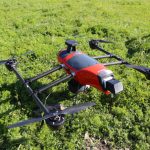 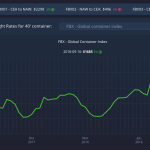