Lyft raised more than $2 billion Thursday afternoon after pricing its shares at $72 apiece, the top of the expected range of $70 to $72 per share, per reports. This gives Lyft a fully-diluted market value of $24 billion.

The company will debut on the Nasdaq stock exchange Friday morning, trading under the ticker symbol “LYFT.”

The initial public offering is the first-ever for a ride-hailing business and represents a landmark liquidity event for private market investors, who had invested billions of dollars in the San Francisco-based company. In total, Lyft had raised $5.1 billion in debt and equity funding, reaching a valuation of $15.1 billion last year.

Lyft’s blockbuster IPO is unique for a number of reasons, in addition to being amongst transportation-as-a-service companies to transition from private to public. Lyft has the largest net losses of any pre-IPO business, posting losses of $911 million on revenues of $2.2 billion in 2018. However, the company is also raking in the largest revenues, behind only Google and Facebook, for a pre-IPO company. The latter has made it popular on Wall Street, garnering buy ratings from analysts prior to pricing.

Uber is the next tech unicorn, or company valued north of $1 billion, expected out of the IPO gate. It will trade on the New York Stock Exchange in what is one of the most anticipated IPOs in history. The company, which reported $3 billion in Q4 2018 revenues with net losses of $865 million, is reportedly planning to unveil its IPO prospectus next month.

Next in the pipeline is Pinterest, which dropped its S-1 last week and revealed a path to profitability that is sure to garner support from Wall Street investors. The visual search engine will trade on the NYSE under the symbol “PINS.” It posted revenue of $755.9 million last year, up from $472.8 million in 2017. The company’s net loss, meanwhile, shrank to $62.9 million last year from $130 million in 2017. 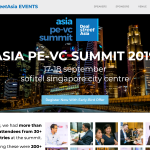