Lyft, expected to hit public markets in a landmark initial public offering Friday, has increased its share price range. In a new filing published Wednesday afternoon, the company outlined plans to charge between $70 and $72 per share.

In an amended IPO prospectus filed last week, the company said it would sell 30.7 million shares at between $62 and $68 a piece. Following high demand from Wall Street — its IPO was said to be oversubscribed on the second day of its roadshow — Lyft has opted to ask for more from its public market investors.

If Lyft sells 30.7 million shares at $72 apiece, it will bring in more than $2.2 billion at an initial valuation north of $20 billion. Lyft was previously valued at $15.1 billion by private market investors with a $600 million Series I round in 2018.

Lyft plans to trade on the Nasdaq under the ticker symbol “LYFT.”

According to its S-1, Lyft chief executive officer and co-founder Logan Green will have 29.31 percent share of the voting power of the outstanding stock, while co-founder and president John Zimmer will own 19.45 percent. 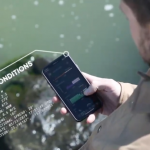