Coupang, Korea’s largest e-commerce firm, revealed today that it has raised $2 billion from the Vision Fund. The investment comes weeks after SoftBank’s stake in Coupang was transferred over the Vision Fund, as the firm has done with a number of its investment.

No valuation was announced, but a source close to the deal told TechCrunch that it values Coupang at $9 billion post-money. This deal, which we understand is entirely new stock with no secondary sales, takes Coupang to $3.4 billion raised to date. Its last round was a $1 billion investment from SoftBank in 2015.

The deal is a massive validation for Coupang, which becomes the first Korean company to form a part of the Vision Fund, which SoftBank Chairman Masayoshi Son has championed as a network of global winners, but the link to the Khashoggi threatens to sour the achievement.

Prince Mohammed bin Salman is widely accused of ordering the killing of Washington Post reporter Khashoggi, an outspoken critic of the Saudi regime. A Saudi-led investigation exonerated the prince’s role, however the CIA report released over the last week places the blame fairly squarely on his shoulders — while others in the Saudi royal family are reportedly plotting to replace the prince as the next in line to the throne.

Son himself condemned the killing as an “act against humanity” but, in a recent analyst presentation, he added that SoftBank has a “responsibility” to Saudi Arabia to deploy the capital and continue the Vision Fund.

The PIF’s role in Vision Fund — it is the largest single investor — has threatened to taint its efforts, with voices in Silicon Valley suggesting that many founders would prefer to take money from less-tainted sources. However, SoftBank has announced a number of deals in recent weeks — including a $375 million investment in robotic food-prep startup Zume and $1.1 billion deal with glass maker View — which contradicts that. Son himself said he hadn’t heard of any cases of startups refusing an investment from the Vision Fund, but he did admit that there “may be some impact” in the future.

Those investments haven’t stopped Coupang from taking an investment from the Vision Fund, and announcing it publicly, too.

“The Vision Fund is a visionary fund [and] we’re proud to be selected to work in partnership with it,” Coupang CEO Bom Kim told TechCrunch in an interview.

Taking a vast amount of money from a fund whose mainer backer is a country that (reportedly) murdered a journalist who dared criticize the regime isn’t a good look. But ultimately, it remains to be seen how that will shake out. As the world’s waits on a fuller investigation from the CIA and responses from the Saudi royal family and SoftBank’s Son, the incident certainly does have the potential to weigh on Coupang’s positive news. 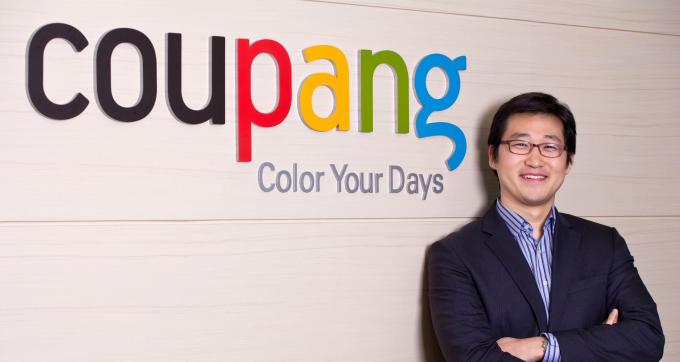 Coupang CEO Bom Kim started the company in 2010, now it is valued at $10 billion. [Image via Coupang]

Operating relatively under the global radar, Coupang has become Korea’s largest e-commerce player and it is actively looking to expand into other areas.

Founded in 2010, Kim claimed the company is “approaching” $5 billion in revenue for 2018 with 70 percent annual growth. One in every two adults in Korea have the Coupang app on their phone, the company claims. The company operates only in Korea, but it does have engineering outposts in Beijing, LA, Seattle, Shanghai, Silicon Valley and Seoul.

That impressive revenue number has increased 14x since 2014 which Kim accounts to a moment of clarity which saw the company’s focused redirected.

“We had plans to go public and had gotten pretty far along in the process but we realized that wouldn’t fulfill of our vision,” Kim explained. “Instead, we saw an opportunity to make a long-term series of investments that would mean multi-year investment in tech platforms and infrastructure.”

That meant developing its own network of trucks and drivers, integrating technology at every level and making other changes to build the infrastructure and capacity to deliver items quickly to customers across Korea.

Kim explained that, for example, if a parent realized the night before school that their child needed a new rain jacket, they could receive it via Coupang before 7 am the next day if they ordered it before midnight. The overnight delivery service also includes fresh produce and “millions” of other items, he said. For that to happen, Coupang developed a cold chain logistics network in just one month.

Coupang said “millions” of customers use its service at least 50 times a year, i.e. on a weekly basis. Yes, it is a vague number and we don’t know what proportion of the overall customer base that represents, but it is an impressive snapshot nonetheless.

Kim revealed Coupang has “a lot of different plans” to spend this capital, although he declined to go into specific detail.

He didn’t rule out adjacent services like media — Amazon is, of course, a major name in video and music streaming — and he revealed that Coupang “intends to have a broad reach in more markets than just Korea” although, again, there’s no information on what countries and when.

The plan to go public is also likely to be revived, with the U.S. a more likely destination than a domestic IPO, although Kim said that there is “no specific timetable” for when that might happen. 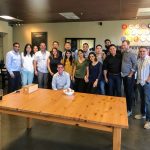