Skelter Labs was founded in 2015 by founded by Ted Cho, the former engineering site director at Google Korea. It started out developing apps and services that made use of AI but then it pivoted to focus fully on AI tech, which it licenses out to companies and corporations that it works with. This new money is aimed at enabling it to move into Japan and parts of Southeast Asia, with Vietnam, Thailand and Malaysia specifically mentioned

The startup raised a $9 million seed round earlier this year, and those investors have returned to join Golden Gate this time around. They include KakaoBrain — the AI unit of Korean messaging giant Kakao — Kakao’s K-Cute venture arm, Stonebridge Ventures and Lotte Homeshopping, the TV and internet shopping business owned by multi-billion dollar retail giant Lotte.

More specifically, Seoul-based Skelter Labs works on AI in the context of vision and speech, conversation, and context recognition, while it goes after customers in areas that include manufacturing, customer operations, device interaction, and consumer marketing.

The startup doesn’t disclose specific customers, but it previously told TechCrunch that its vision is to bring its machine learning technology to daily life and schedules. Possible examples of that might be could include “intelligent virtual assistant technology that can be widely applied to various areas including smart speakers, smartphones, home appliances, automobiles and wearable devices.”

Golden Gate is one of Southeast Asia’s longest running tech VC firms. This deal is part of its recently announced third fund, which is $100 million in size.

In a statement, Skelter Labs CEO Cho paid tribute to the VC’s strong footprint in Southeast Asia that he said could open doors for the company. Startups in Golden Gate’s portfolio that might be of particular interest could include mobile listings startup Carousell, auto portal Carro, fashion commerce site Grana and online furnishings seller Hipvan. 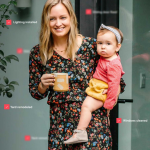