Klang gets $8.95M for an MMO sim sitting atop Improbable’s dev platform

The funding is led by veteran European VC firm Northzone. It follows a seed raise for Seed, finalized in March 2018, and led by Makers Fund, with participation by firstminute capital, Neoteny, Mosaic Ventures, and Novator — bringing the total funding raised for the project to $13.95M.

The studio was founded in 2013, and originally based in Reykjavík, Iceland, before relocating to Berlin. Klang’s original backers include Greylock Partners, Joi Ito, and David Helgason, as well as original investors London Venture Partners.

The latest tranche of funding will be used to expand its dev team and for continued production on Seed which is in pre-alpha at this stage — with no release date announced yet.

Nor is there a confirmed pricing model. We understand the team is looking at a variety of ideas at this stage, such as tying the pricing to the costs of simulating the entities.

They have released the below teaser showing the pre-alpha build of the game — which is described as a persistent simulation where players are tasked with colonizing an alien planet, managing multiple characters in real-time and interacting with characters managed by other human players they encounter in the game space.

The persistent element refers to the game engine maintaining character activity after the player has logged off — supporting an unbroken simulation.

Klang touts its founders’ three decades of combined experience working on MMOs EVE Online and Dust 514, and now being rolled into designing and developing the large, player-driven world they’re building with Seed.

Meanwhile London-based Improbable bagged a whopping $502M for its virtual world builder SpatialOS just over a year ago. The dev platform lets developers design and build massively detailed environments — to offer what it bills as a new form of simulation on a massive scale — doing this by utilizing distributed cloud computing infrastructure and machine learning technology to run a swarm of hundreds of game engines so it can support a more expansive virtual world vs software running off of a single engine or server.

Northzone partner Paul Murphy, who is leading the investment in Klang, told us: “It is unusual to raise for a specific title, and we are for all intents and purposes investing in Klang as a studio. We are very excited about the team and the creative potential of the studio. But our investment thesis is based on looking for something that really stands out and is wildly ambitious over and above everything else that’s out there. That is how we feel about the potential of Seed as a simulation.” 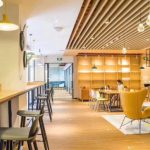