Kaia Health, a self-styled digital therapeutics” startup, has pulled in $10 million in Series A funding for an app-based approach to chronic pain management.

The idea is to offer an alternative to painkillers, using mobile technology to deliver what the founder describes as multimodal, “mind body therapy” for musculoskeletal (MSK) disorders — comprised of guided physical exercises, psychological techniques and on tap medical education.

“Once you fall into this category of you’re a chronic pain patient, and not just you have acute pain for two or three days, then this is the best therapy to do,” says co-founder and CEO Konstantin Mehl. “But at the moment because this therapy is so expensive only 2% of the patients who should get access to it actually get access to it and the other 98% of patients are treated with treatments against acute pain, like painkillers and surgery… This is why there’s this crazy cost explosion when you look at the costs in the healthcare systems.”

The 2015-founded startup has developed a personal trainer app that uses computer vision technology so it can act as a fully autonomous exercise coach. The app works by visually monitoring the user as they perform exercises (via their smartphone’s camera), enabling it to keep track of repetitions and also provide vocal feedback — to correct posture and motion.

The idea is to offer a more accessible and less expensive alternative to the one-on-one in person physiotherapy which a person suffering chronic pain from a MSK disorder might otherwise use to manage their pain — such as by visiting a dedicated pain center for weeks of guided treatment. However as Mehl notes that can be prohibitively expensive and also entail long wait times to get seen.

Kaia’s first focus has been on back pain which Mehl knows plenty about — having suffered himself for two years. His struggles to find effective and affordable pain management were the inspiration for setting up the company, he tells us.

The goal he’s shooting for with Kaia is to democratize access to proven multimodal therapies and reduce reliance on pharmaceuticals — pointing to rising use of opioid-based painkillers, including in the U.S., where reliance on the drug has been driven by over-prescription leading to an epidemic of addiction and rising numbers of overdose deaths.

“Most treatments against chronic back pain are just crazy expensive and crazy ineffective. Which is a weird combination,” he says. “There’s a lot of people out there who don’t know how to cope with their pain.”

Kaia’s approach addresses “the root causes of chronic pain”, according to Mehl, though he concedes it cannot claim the digital therapy will cure everybody, saying: “That’s just not realistic.”

Though he emphasizes “you can definitely reverse chronic pain when you have a low or medium chronification level” via therapies Kaia’s app is designed to deliver digitally — as happened in his own case, albeit in person at a pain center.

He also suggests digital therapeutics can provide greater support than even a dedicated pain center can because many patients don’t feel comfortable or safe carrying on doing exercises at home. Whereas an app coach offers an “opportunity to control yourself all the time, 24/7”, which is really what chronic pain patients need.

“We track every point on your body. And that’s the cool thing about us — that we can give you feedback on a millimeter basis of what movements you do wrong if you want,” he adds, talking up the advantages of using computer vision rather than wearable sensors to monitor physical exercise. “At the moment we have more of a problem that we give too much feedback; that people complain about the app never stops correcting me!”

Last summer another startup, Hinge Health, announced a $26M Series B round for another drug-free platform-based approach to managing musculoskeletal disorders. Though its approach involves not just an app but wearable sensors and also some one-to-one health coaching — delivered remotely but by an actual human, rather than Kaia’s fully automated, sensor-free AI coach.

Mehl says it experimented with wearable sensors but found many users were reluctant to use them so decided to focus fully on a system of visual monitoring, feeding user data into continued training of the machine learning algorithms — getting to a level with the motion control that it’s very happy with around two months ago.

“We are a very scalable solution,” he adds. “That’s so important for us because [Hinge Health] charge a lot of money per patient, so they maximize the dollars per patient, which is a typically thing you do in the pharma industry. Which I’m totally against. Because then we repeat the mistakes of pharma companies to artificially limit the access again, right. So we want to democratize the access to this best in class therapy and not build these artificial barriers to access.”

The Series A round was led by Balderton Capital which says it’s excited by the potential for Kaia to build a platform for a family of pain intervention tools — flagging the startup’s research around conditions such as the lung disease COPD, and potentially even Parkinson’s.

In a blog about the investment, Balderton partner James Wise writes: “The platform Kaia Health is building has the potential to extend well beyond back pain. By combining clinical levels of research with longitudinal tracking and computer vision expertise, they are becoming a platform for any intervention where pain can be relieved through regular clinical observation and guidance.

“Rather than just giving patients another way to connect to a carer, Kaia Health has utilised the most powerful and prevalent tools we have to provide clinically effective health treatments, at a fraction of the cost, and freeing up physiotherapists time for more meaningful interactions. It’s an exciting antidote to the Baumol cost disease, and one we hope will change many people’s lives.”

Kaia has around 250,000 users at this stage, via a b2c solution as well as organizations in Europe and the U.S. which make its app available (such as via medical insurance).

The new funding will be put towards scaling up in the U.S. especially with a new office for New York City, with Mehl saying they want to flip the current usage ratio of 80% Europe; 20% U.S.

It also plans to fund further clinical studies — including longer follow up studies, running to 24 months (vs the three, six and twelve month studies it has already done).

A peer-reviewed, random controlled trial study of Kaia’s approach is also pending being published in a leading journal, according to Mehl. 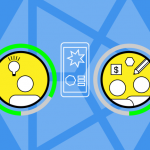