Ironclad, a startup that makes it easier for legal teams to manage their contracts workflow, today announced that it has raised a $50 million Series C round led by Y Combinator Continuity, with participation from Emergence Captial, as well as existing investors including Access and Sequoia Capital. This round brings Ironclad’s total funding to $83 million, according to Crunchbase.

In addition to the new funding, Ironclad, which was part of Y Combinator’s Summer 2015 class, also today announced the launch of its Workflow Designer. This tool allows teams to easily create their own custom workflows based their individual business processes and timelines. Setting up those workflows looks be a pretty straightforward process. After tagging the existing contract, teams can then set up their processes based on what’s in a specific document. If a contract is over a specific value, for example, they can add a payment clause, or set up an approval process based on that value.

The company says it will use the new funding to expand into new geographies and expand its product.

“This round and our continued momentum highlights how big the opportunity is to streamline contracting for every type of company in the world,” said Jason Boehmig, co-founder and CEO of Ironclad. “Our newest investors bring a depth of later stage company experience and a vision for what Cloud companies will look like in the future. Our new funding will fuel continued product innovations, like our new Workflow Designer, which is accelerating contracting time by 85% for our customers.” 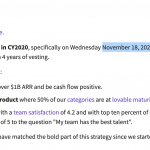 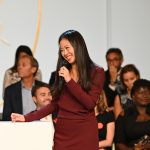