Instana, an application performance monitoring (APM) service with a focus on modern containerized services, today announced that it has raised a $30 million Series C funding round. The round was led by Meritech Capital, with participation from existing investor Accel. This brings Instana’s total funding to $57 million.

The company, which counts the likes of Audi, Edmunds.com, Yahoo Japan and Franklin American Mortgage as its customers, considers itself an APM 3.0 player. It argues that its solution is far lighter than those of older players like New Relic and AppDynamics (which sold to Cisco hours before it was supposed to go public). Those solutions, the company says, weren’t built for modern software organizations (though I’m sure they would dispute that).

What really makes Instana stand out is its ability to automatically discover and monitor the ever-changing infrastructure that makes up a modern application, especially when it comes to running containerized microservices. The service automatically catalogs all of the endpoints that make up a service’s infrastructure, and then monitors them. It’s also worth noting that the company says that it can offer far more granular metrics that its competitors.

Instana says that its annual sales grew 600 percent over the course of the last year, something that surely attracted this new investment.

“Monitoring containerized microservice applications has become a critical requirement for today’s digital enterprises,” said Meritech Capital’s Alex Kurland. “Instana is packed with industry veterans who understand the APM industry, as well as the paradigm shifts now occurring in agile software development. Meritech is excited to partner with Instana as they continue to disrupt one of the largest and most important markets with their automated APM experience.”

The company plans to use the new funding to fulfill the demand for its service and expand its product line. 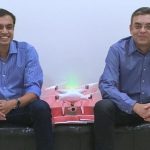