WeWork’s battle to win co-working in Indonesia, the world’s fourth most populous country, is intensifying after one of the U.S. firm’s key rival announced a slew of announcements to double down on its business.

EV Hive, an Indonesia-based co-working startup, said today that it has raised $13.5 million and expanded into new verticals. The company is putting off plans to foray into new countries in order to prioritize growth opportunities at home.

The four-year-old company, which started out as a project for seed stage VC firm East Ventures, has rebranded to CoHive as part of the strategy to diversify its business. That’ll see it add new services for living spaces (CoLiving) and retailers (CoRetail), in addition to its core co-working and events businesses.

“We’re the number one player in the market and our goal now is to use the capital and offer more services and products,” Jason Lee, CoHive’s CFO, told TechCrunch in an interview.

As for the new funding, that’s a first close of the firm’s Series B and it is led by Korea’s Stonebridge Ventures. That money takes CoHive to over $37 million to date — it last announced a $20 million raise one year ago — and there’s more to come.

Lee told TechCrunch that he expects the round to wrap up and fully close in “the next few months.” According to Lee, the company is in talks with local and international investors as it aims to bring “strategic investors” on board to provide more benefits than simply capital.

The new services divisions are challenging expansions for a co-working company.

CoHive already claims to be the market leader in Indonesia — where it says it has 9,000 members from some 800 paying companies — and now it is responding to feedback from members by adding retail and living.

The thought of living close to your place of work may inspire dread from many an office worker, but in Jakarta — one of the world’s most jammed cities — many people are crying out for a short commute, according to Lee.

“There’s huge demand in the market,” he told TechCrunch. “There’s a shortage of affordable housing [in Jakarta] and the traffic is the worst in the world [so] people want to leave near their workplace… they value the convenience because of the traffic.”

CoLiving was first announced a year ago, and now CoHive has opened its first such property, a joint development with Singaporean developer Keppel. The maiden property — Tower Crest West Vista in West Jakarta — has 64 rooms across a total 2,800 sqm living space. Lee said the first phase of offers, which targeted individuals and small businesses, sees the building 90% occupied. CoHive plans to offer the remainder to larger companies.

On the retail side, the objective is to develop an alternative to malls that will allow experimentation, Lee said.

“Traditional malls are outdated with long leases and high upfront rental costs,” he explained, pointing out that a year of rent is typically required for retail leases.

Instead, CoHive wants to offer a more flexible option that will allow new retail companies and startups to “test products and innovative before they take them to market.”

Already, Lee claimed, there are six large tenants that plan to use CoRetail, which will include a mix of temporary pop-ups, Instagram ‘box shops’ and permanent retail space.

“They are trying to find a place to showcase and actualize their products without having to pay so much money,” he added. 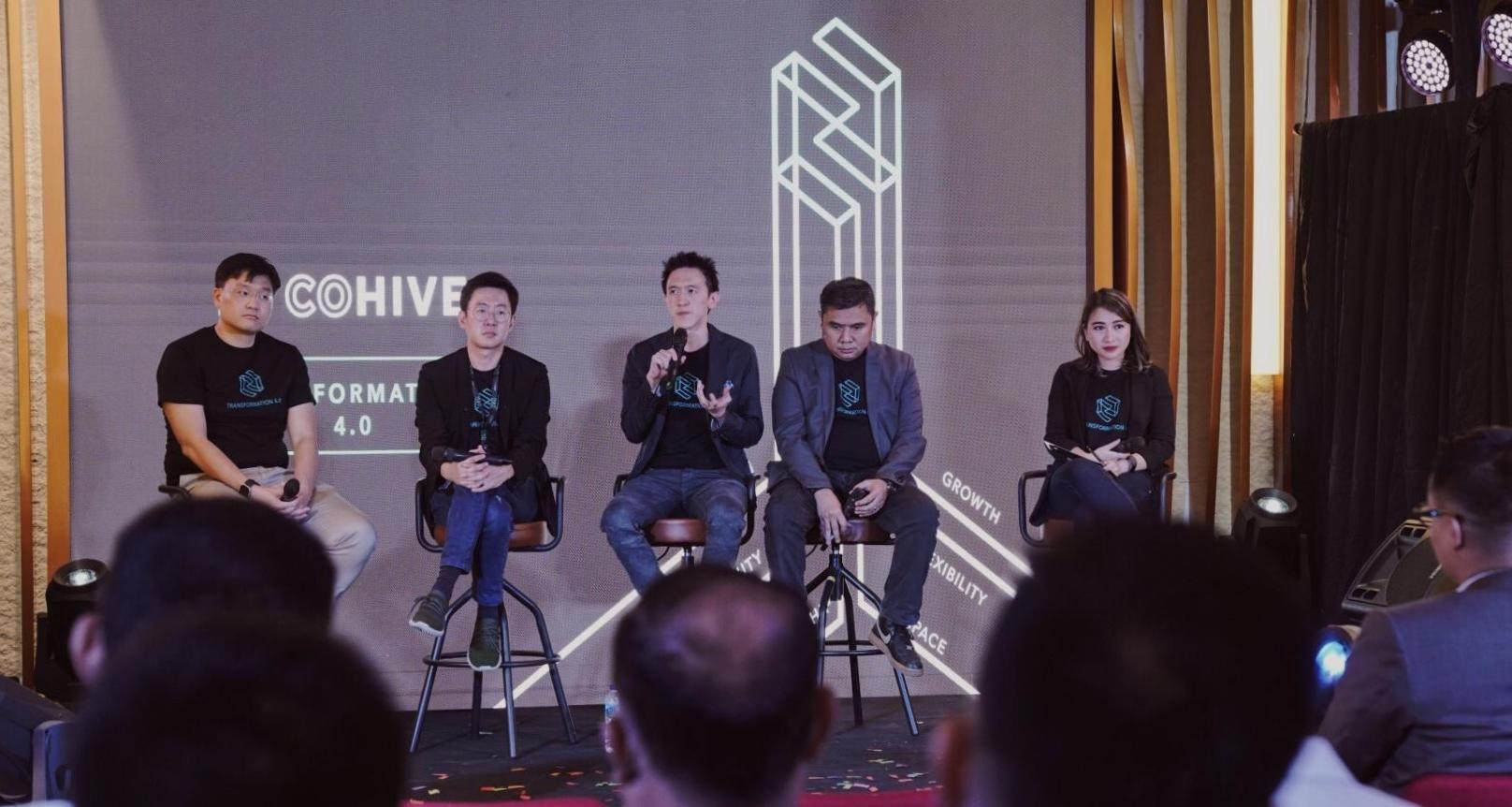 The double down on Indonesia means that CoHive has shelved previous plans to enter new markets in Southeast Asia. When it raised $20 million last year, CEO Carlson Lau told TechCrunch of a plan to reach 100 spaces by 2022 with moves into markets like Thailand and Vietnam, but that appears to be on hold.

“We’re not ruling it out of the pipeline [but] at least for next 12 months, we’ll be focused on Indonesia,” Lee said.

That’ll primarily mean that the business expands into tier-two cities. Indeed, in a number of locations, Lee revealed, they are in the design phase of developing buildings.

With a population of over 250 million, Indonesia is the largest single consumer market in Southeast Asia and that has made it the priority in the region for most tech companies, including ride-hailing firms Grab and Go-Jek, which are valued at $14 billion and $9 billion, respectively. That extends across various tech segments, including co-working.

“We see the market in Indonesia as very large,” explained Lee. “There’s so much demand.”

WeWork is, like others, prioritizing Indonesia. It extended its presence in Southeast Asia through the 2017 acquisition of startup SpaceMob, which also saw it pour $500 million in resources into Southeast Asia and Korea.

Lee, as you might expect, believes that there’s space for multiple players, and he sees CoHive and WeWork as operating in different areas.

“WeWork is trying to be that Mercedes…. we’re not competing,” he said, comparing his company to Toyota, a brand that is widely popular in Indonesia since it is more affordable.