Livspace was founded by former Googler Anuj Srivastava and Ramakant Sharma, who has spent time with Myntra and Jungle Ventures among others, in 2015. The business aims to be a one-stop-shop for home interior design — whether that be renovations or new home design. That makes it an e-commerce business that integrates multiple pieces of the interior ecosystem: consumers, designers and the supply chain.

For that reason, Livspace is an inherently local business. Interior designers need to be local to customers and supply chain partners need to have the capacity to ship to a location, too, but Livspace actually goes beyond that by mapping buildings in a city to enable virtual mockups and 3D models to be rendered to help show a consumer a compelling preview of what their home could look like. The company also operates brick and mortar ‘Design Centers’ where consumers can touch and see materials and furniture, while the centers also operate as a location for designers and consumers to meet up if needed.

The company is currently present in seven cities in India. With this money in the bank, the plan is to expand to reach 13 cities in India by the end of next year but it’s ambitions go beyond its founders’ home country.

In an interview with TechCrunch, Srivastava said that he sees an opportunity to grow the business not just in Asia but also western markets where, to date, there are no integrated solutions such as Livspace.

“The industry has suffered from chaos,” he said. “There’s little to no aggregation on supply and demand, and there is significant opportunity for tech-based platform to unite consumers, agents and the supply chain market.

“We have focused so far on doing one market really, really, well,” he added. “We wanted to make sure you can knock it out of the park first.”

Consumers, of course, shop around for deals and the completion rate of projects is at around one-third, Srivastava said, with an average of about $15,000 per consumer. Of that, the take rate for Livspace is around 40 percent with seven percent for the designer. The company claims to have around 25,000 designers on the platform but less than 10 percent of all applicants are approved to ensure quality and expertise.

Through Livspace, Srivastava claims designers can massively boost their income, typically by around 2X. He argues that is not only because the rates earned are higher, but also because average project time is reduced from multiple-months to just 12-14 weeks. That means designers can also operate more efficiently.

Financially, Srivastava said he believes the business model itself can scale and that there is clear “path to profitability” particularly if the company can expand internationally.

“We started monetizing in India but we have our eyes set on every single other similar market in the planet. We’ll get there in time,” he said. 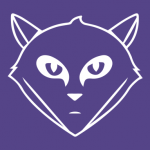