NurseFly, a startup that’s created a job marketplace for short-term nursing positions, is announcing its acquisition by holding company IAC.

While the companies aren’t disclosing the deal terms, a source with knowledge of the acquisition said the price was $15 million.

Co-founder and CEO Parth Bhakta told me that hospitals often hire travel nurses (signed for contracts of 13 weeks or a few months) when there’s a staffing shortage, or just because of seasonal needs. He said job sites aren’t really designed to fill these positions, while the existing, offline hiring process is “opaque,” where a nurse’s application “kind of goes into a black hole.”

On NurseFly, on the other hand, nurses can compare multiple offers, chat with employers and research the cost-of-living in different locations. The startup works directly with staffing agencies, charging them a subscription fee (the nurses use the site for free) for access to a pool of qualified candidates who have already provided the necessary documentation.

The startup was founded in 2017 and says it currently has more than 30,000 active job listings, with revenue growing 6x year-over-year. It’s headquartered in San Francisco and recently opened an additional office in Denver.

Bhakta described IAC as the “perfect partner” to help NurseFly “really go after the opportunity with additional resources, really go after it more aggressively with a larger team and organization, to create the best place for healthcare job seekers.” 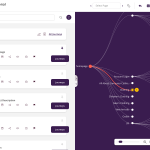