How Automattic wants to build the operating system of the web

Automattic, the company behind WordPress.com, WooCommerce, Longreads, Simplenote and soon Tumblr, is now worth $3 billion. But its founder and CEO Matt Mullenweg has a bigger goal. He wants to make the web better, more open and diverse.

With the rise of social networks and closed platforms, Automattic’s mission statement has never sounded so important. Automattic doesn’t want to be the hot new startup. It wants to build a strong foundation to empower content creators for decades to come.

In an interview this week, Matt Mullenweg discussed why he raised $300 million from Salesforce Ventures, what he thinks of the current state of the web and how Automattic has a shot at building the open-source operating system of the web. The interview was edited for clarity and brevity.

Matt Mullenweg: What we’re announcing is that we’ve raised $300 million from Salesforce . They took the entire round. Basically Salesforce is buying 10% of the company.

Mullenweg: It is true that we raise money when it’s right, not every year. In 2014, we were somewhere between 200 and 300 people. We’re now close to 1,000 people, we’ll be close to 1,200 when the Tumblr [acquisition] closes at the end of the month. The business has grown tremendously, pretty much on every metric.

We rewrote the whole admin to Javascript and APIs — we use React for that. We released Gutenberg, which is the next-generation of posting. I think WooCommerce was bought in that time, so we moved into e-commerce and that’s grown to be our fastest-growing business.

Really, Automattic then and now is almost a completely different company in every single regard. Like you said, I think it’s going well-meaning that the one thing that hasn’t changed is our respect for our users and doing our best to try to maintain their trust.

Dillet: You talked about WooCommerce. What’s the business breakdown today? What product is the biggest revenue maker for the company? Is it WordPress .com, WordPress.com VIP, WooCommerce?

Mullenweg: The best way to think of it is that WordPress.com and Jetpack are the largest. The second would be WooCommerce. And third is actually going to be [WordPress.com] VIP, so our enterprise business.

Dillet: Do you expect some kind of integration with Salesforce or is it purely a financial move on Salesforce’s side?

Mullenweg: Nothing to announce today, sorry about that. This is a purely financial investment but we’ve been a long-time customer of Salesforce, we’re a big fan of the platform. And definitely, you could imagine, given a lot of thoughts, how WordPress could complement their products.

Dillet: So there will be some synergies in the future…

Mullenweg: I certainly hope so.

Dillet: Do you think there will be synergies the other way round as well for Automattic? Could you leverage some of Salesforce’s technologies and products?

Mullenweg: Definitely, especially as WordPress starts being adopted more and more in the enterprise. [WordPress.com] VIP customers are already Salesforce customers. It’s just a matter of figuring out what are their biggest needs and how we can serve them. As you know, Salesforce has a million products. So it’s really hard to nail it down and choose where to begin.

Dillet: Usually, when you have big news about Automattic, you share some metrics saying ‘x% of the web runs on WordPress’, do you have an update on this front?

Dillet: Do you think this is too low and there’s still a lot of room to grow?

Mullenweg: I think there’s potential to get to a similar market share as Android, which I believe now has 85% of all handsets. When you think about it, open source has a virtuous cycle of adoption, people building on the platform and more adoption.

“I think there’s potential to get to a similar market share as Android, which I believe now has 85% of all handsets” Matt Mullenweg

And WordPress has been in this cycle for a few years now. The most interesting is that it’s actually accelerating. Even though there’s more competition than ever, that percentage is growing faster than it used to. Surely faster than the last time we raised money.

Mullenweg: What we want to do is to become the operating system for the open web. We want every website, whether it’s e-commerce or anything to be powered by WordPress. And by doing so, we’ll make sure that the web can go back to being more open, more integrated and more user-centric than it would be if proprietary platforms become dominant.

Dillet: You talked about the number of websites running on WordPress. But when it comes to usage, people spend a lot of time on social networks and closed platforms. How do you feel about most people spending most of their time on Facebook, YouTube and Medium?

Mullenweg: I don’t think they actually do. I think it’s just easier to account the time they spend there because it’s on one domain. If you added up all the time that everyone spends on the rest of the web, it would dwarf Facebook, etc. Even though these are impressive platforms and we’re moving into the social network side of things ourselves with Tumblr.

Dillet: Do you think it comes in waves and we’ve gone too far in one direction and we’re going to go back to a more open web?

Mullenweg: I like to think about it in terms of user experience. What Twitter, Facebook, etc. have done is actually create an amazing user experience. No one should deny that. It’s really nice to have all your friends in one place. And it’s just easier.

It’s now up to the technologists to figure out how to make an experience, which is just as good but puts more control back in the hands of users.

Dillet: How do you feel about the fragmentation of the open web? It feels like we had an okay solution with RSS feeds but not many people are using RSS feeds anymore. Do you think you should also work on a way to integrate the diversity of the open web in a central interface of some sort?

Mullenweg: Yes, and the good news is that Tumblr’s dashboard is incredibly compelling. They built a fantastic way to follow and enjoy things. I think that there’s a way to bring more of the open web back into people’s daily habits.

The social networks as we’ve seen optimize for engagement in ways that sometimes are detrimental to people’s mental health and happiness.

Dillet: Will you be optimizing for engagement with the acquisition of Tumblr?

Mullenweg: I think we’re trying to optimize for fun and a better world. I apologize if that sounds a bit cheesy but we’re going to try. 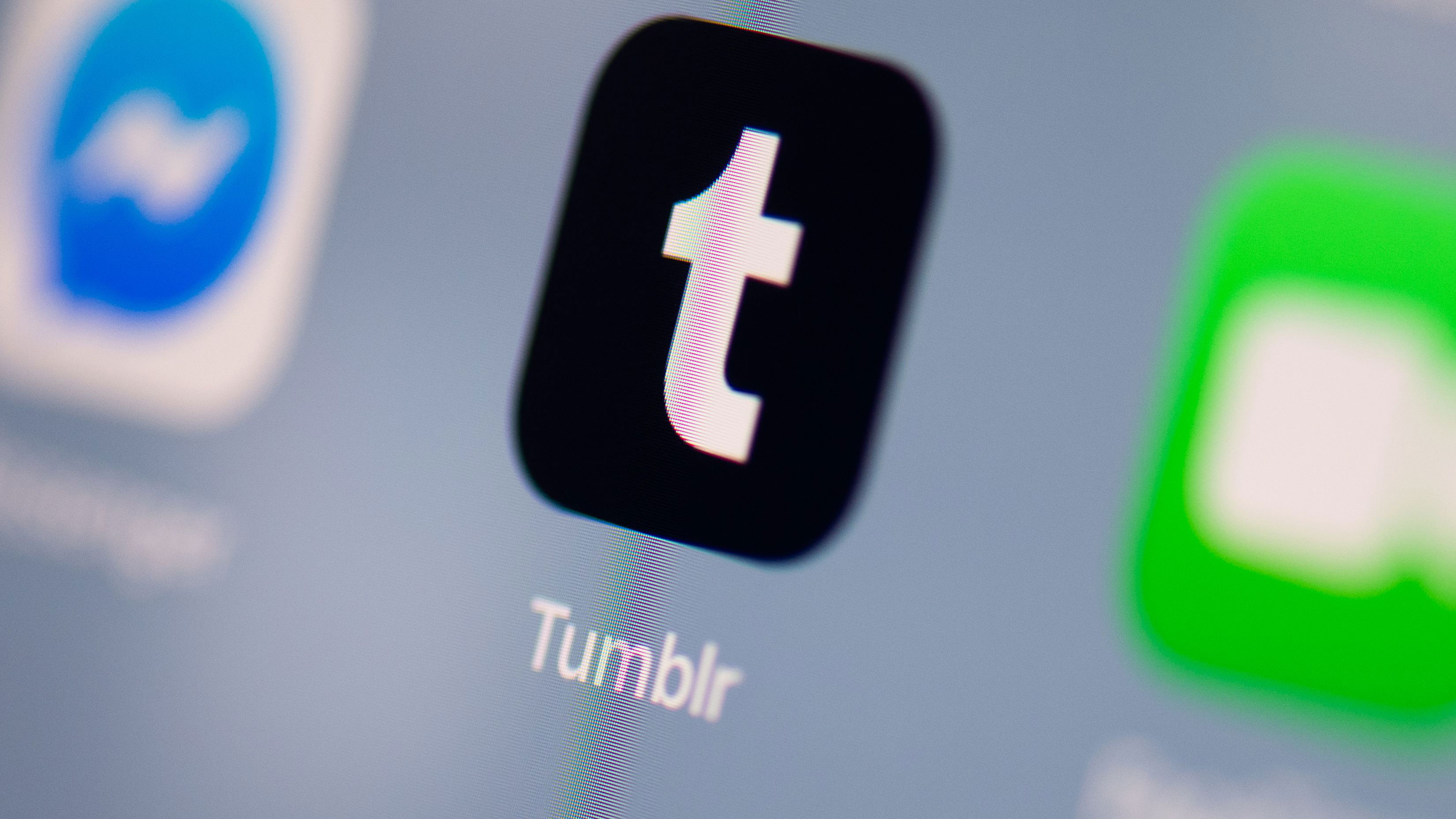 Dillet: With so much funding on your hands now, do you have some moonshot projects that you’ve been putting on the back-burner and that you can now tackle?

Mullenweg: We’re trying to show that we invest for the long term wherever possible. We can make our funding go a really long way. Even though we’re 15 years old, this is only our fourth round. Things like Calypso, Gutenberg, Tumblr, WooCommerce… are big bets. And with each one of those, we have a long way to go.

The problem we’re trying to solve is likely multigenerational. It can take the rest of our lives and we need to pass it on to the generation that comes after to continue to work on it. Hopefully for the rest of humanity because I can’t imagine a time when humanity cannot benefit from an open, free, connected web.

Dillet: How do you feel about Progressive Web Apps?

Mullenweg: I think it’s very exciting. We’re definitely in a weird area where the app stores are… When you think about the amount of the tech economy that goes through them, it’s shocking how much power they have and how little oversight or accountability they have.

“We shouldn’t be surprised when a closed marketplace favors itself. And I think we should be mad at them.” Matt Mullenweg

And the web allows you… It’s a kind of exit hatch. It’s a way to really be in control of your destiny as a business in a way that isn’t reliant on the judgment calls of largely Google and Apple. I think overall they are great companies. They have made some decisions on their app stores that benefit them sometimes over their users or folks in their stores.

We shouldn’t be surprised when a closed marketplace favors itself. That’s just a natural thing to happen. And I think we should be mad at them. We should be mad at ourselves for not demanding on relying on something more open.

Dillet: Do you think people are not mad enough?

Mullenweg: When I say mad at ourselves, I’m not talking about the general population. I’m talking about us as people building things on these platforms. Like this story that Amazon favors its own products, that’s ‘dog bites man’. It’s not that interesting, we should have expected that to happen.

Dillet: When you look at the roadmap before raising from Salesforce, and the roadmap after. Is the roadmap that you defined, let’s say, three years ago for the next ten years going to be the same?

Mullenweg: The roadmap is the same. I just think we might be able to do it in five years instead of ten. 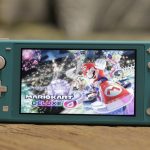