As part of the deal, Hired will launch a new feature called Hired Assessments, leveraging tools from the Py platform, as well as a tiered subscription model. The base-level package, called Hired Essential, will provide enhanced search functionality, tools to help candidates arrive to interviews as prepared as possible and more. A spokesperson for Py declined to disclose terms of the deal but did say that Py counts 500,000 users who’ve completed 2 million coding assignments. They also offered this little anecdote:

Py’s co-founder, Derek Lo had initial conversations with Hired’s VP of Strategic Development, Andre Charoo back in October of 2018. But it wasn’t until Lo randomly met one of Hired’s co-founders at a Y Combinator networking event that the partnership started to come into fruition. The Hired co-founder that Lo met was Allan Grant — also a part of the Y Combinator community — and he wasn’t aware of the initial conversations but agreed to have Lo over to his house the next day to share advice about running an early-stage startup. Over coffee at Grant’s house, Lo learned a lot about the purpose of Hired and began to understand why Hired would be a great fit for his product and team. From there, the rest was history.

Derek Lo, founder and chief executive officer of Py, first began building the mobile app in May 2016 before completing Y Combinator’s accelerator program in summer 2017. Lo started the company in his dorm room after becoming frustrated with Yale’s computer sciences courses, which he felt were useless when it came to real business applications.

Lo has joined Hired as its head of product.

In a conversation with TechCrunch while Py was still completing the accelerator, Lo said the company had decided to turn down a $1 million investment offer because it was unnecessary for such an early-stage startup. At the time, the Py team had brought in $20,000 in pre-seed funding from Dorm Room Fund, plus another $100,000 from the Yale Venture Creation Program. In total, Py has raised $615,000.

“With Py founder Derek Lo, we saw a shared vision for making hiring easier for everyone,” Hired’s vice president of strategic development Andre Charoo said in a statement. “For companies, this means helping them hire in-demand talent quickly and predictably, and for job seekers, it is about empowering them to land their dream job. By combining Py’s technical assessment expertise with Hired’s dependable pipeline of first-rate talent, we’re ready to transform today’s hiring standards.”

Hired Assessments will include online coding quizzes, standardized testing, projects and a “live code” environment where hiring managers can “view, rewind, fast forward and save live candidate challenges.” The features are customizable so companies can tweak assessments based on their hiring needs.

Hired Essential will use machine learning to curate lists of candidates for available roles, as well as help candidates arrive at interviews prepared with a clear outline of hiring steps, expectations and tips.

Founded in 2012, San Francisco-based Hired is backed by venture capital firms including Comcast Ventures, Sherpa Capital, Lumia Ventures and Uncork Capital. To date, the business has raised $133 million, most recently at a post-valuation of $550 million, according to PitchBook. 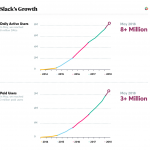