Hear about how to exit from Jess Lee, Justin Kan and Michael Marquez at Disrupt SF

All startup founders want to steer to a successful outcome the business they started. Sometimes the goal is an initial public offering. Sometimes it’s an acquisition.

Though acquisitions often represent a kind of finish line for entrepreneurs, they aren’t easy to line up, and even when an offer is on the table, it often comes with difficult decisions. To better understand how to field interest, what’s involved once an acquirer comes knocking and who can be impacted when a company decides to sell, we’ll hear from Sequoia Capital’s Jess Lee, serial founder Justin Kan and Code Advisor’s Michael Marquez at Disrupt SF 2019.

Each has something to contribute to this fascinating topic of conversation.

Justin Kan is today the founder and CEO of the legal tech startup Atrium, but it’s hardly his first project. The godfather of “lifecasting,” Kan first became known in the startup world for founding Justin.tv, which spun out Socialcam, an app that Autodesk later acquired for a tidy $60 million, and itself later evolved into the game-streaming powerhouse Twitch, which was eventually acquired by an even bigger giant, Amazon, for $970 million. Kan, who went on to spend three years as a partner with Y Combinator, hasn’t succeeded at every venture. (Few remember his brief stint as founder and CEO of Exec.) But his perspective as a serial founder and investor has made him a trusted source of wisdom in startup-land, and when it comes to exiting, he knows the drill.

Jess Lee currently serves as a partner at Sequoia Capital, one of the most successful and well-respected VC firms in Silicon Valley. Her portfolio includes companies like The Wing, Dia & Co. and Maven Clinic. But Lee has been through the acquisition process from the other side of the fence, too. A Google product manager for several years, she joined the fashion site Polyvore in March 2008 (she’d fallen in love with the product and was quickly asked to become its first product manager). Once there, she graduated to VP of Product before ultimately taking over as CEO and eventually selling the company to Yahoo, where her former Google colleague Marissa Mayer had herself taken on the reins as CEO. It may have looked seamless to outsiders, but Lee learned plenty of lessons in the process, and we’re thankful she’ll be sharing some of them during this discussion.

Michael Marquez has spent the last decade at Code Advisors brokering deals across the startup ecosystem. While he works mostly behind the scenes, he has become a go-to person for founders seeking help when they’re considering an offer (or trying to snag one). Having spent the previous decade in corporate development roles at CBS and Yahoo, he knows first-hand how buyers think and how to position your company for the best outcome.

We’re amped for this conversation, and we can’t wait to see you there! Buy tickets to Disrupt SF here at an early-bird rate!

Did you know Extra Crunch annual members get 20% off all TechCrunch event tickets? Head over here to get your annual pass, and then email extracrunch@techcrunch.com to get your 20% discount. Please note that it can take up to 24 hours to issue the discount code. 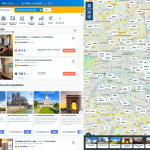 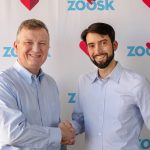