HealthJoy raises $12.5M Series B to help employees make the most of their healthcare benefits

Healthcare in the United States is so complicated that even employees with good benefits might have a hard time navigating their options. HealthJoy wants to help with a health benefits platform that uses AI to answer questions. The Chicago-based startup announced today that it has raised $12.5 million in Series B funding led by U.S. Venture Partners, with participation from Epic Ventures and returning investors Chicago Ventures, Sidekick Ventures and its co-founders.

This brings HealthJoy’s total funding, including a $3 million Series A announced in August 2017, to $9 million. The company will use its Series B to double its team to 250 people over the next 10 months. It currently has about 200,000 users, grew by 610% last year and expects to grow by 250% this year. USVP general partner Jonathan Root will join HealthJoy’s board.

Launched in 2014 by Justin Holland and Doug Morse-Schindler, HealthJoy’s app helps its users manage claims, deductibles, their health savings accounts and prescriptions, in addition to guiding them through point solutions, or specific services offered by a single vendor as part of their benefits package. For example, it might direct members to a telemedicine provider. Holland, HealthJoy’s CEO, told TechCrunch in an email that last year, telemedicine utilization was 27.3 percent across the startup’s entire book of business. He added that telemedicine usually translates into about $450 to $500 in savings per visit by avoiding office visits, urgent care or trips to the emergency room.

As another example of how HealthJoy has helped users, Holland says one employee was spending more than $10,000 every month on maintenance drugs, but that amount was reduced over 90% through strategies including alternative medications, an international pharmacy program and manufacturer assistance. This saved the employee more than $1,000 in out-of-pocket costs and the employer $8,000.

Holland became interested in the health benefits space after he injured his knee while skiing and had to schedule an MRI scan. Since he hadn’t reached the deductible on his individual Affordable Care Act plan yet, Holland needed to pay for the scan out-of-pocket. Researching MRI pricing “took me down a rabbit hole of the incredibly complex and non-transparent world of healthcare pricing,” he said. “At the end of several days of work, I found that two nearly identical MRIs could vary in cost from $500 to $5,000. That pricing disparity in itself seemed like a big problem worth solving.”

Holland and Morse-Schindler already had successful startup exits on their resumes (including OpenInstall, which was acquired by AVG Technologies in 2012, and FreeCause, acquired by Rakuten in 2010). The two decided to tackle the challenge of improving how consumers experience the healthcare system. At first they focused on a direct-to-consumer model with individual health plans, but then pivoted to working with employers in early 2017.

“We found out that our focus on the member was just as applicable to employees and that with increasing deductibles, employees were anxious to become healthcare shoppers. Over 40% of healthcare is considered ‘shoppable,’” Holland said.

Other tech companies focused on improving the health benefits space from different angles include League, Lumity, Lyra Health and Spring Health. Holland views those companies are potential partners for HealthJoy.

“Typically, we are not selling against competitors, but rather selling against lack of utilization for single point solutions” by gathering all services into one platform to increase utilization. “Benefit administration platforms are vital to us from an operational perspective and entirely complementary.” 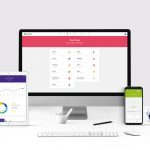