Grab, the Southeast Asia ride-hailing firm that bought out Uber’s local business, has added another investor to its rolling cast of backers after it added $150 million from Yamaha Motor to its ongoing Series H round.

The deal means Grab has brought on four automotive firms in the round, although Yamaha Motor is focused on motorbikes. Indeed, Grab said it intends to collaborate with the bike-maker on Indonesia, Southeast Asia’s largest economy and the world’s fourth most populous country with 260 million people, where it is in a dogfight with rival Go-Jek and also less traditional foes like Tokopedia who compete on finance and on-demand services.

The two companies said they will work together on flexible financial aid for people considering buying a motorbike to work on Grab’s platform. Yamaha Motor said it’ll also work on improving safety for riders and passengers, too. In addition, the Japanese firm said it may tap Grab’s customer and driver base for input when developing future vehicles.

Indonesia, Thailand and Vietnam are three markets where Grab offers motorcycles on-demand as both passenger rides — traffic in Southeast Asia’s megacities is something to behold — as well as fleet based food or grocery deliveries or services on demand.

Grab isn’t alone in that two-wheeled push, however. Go-Jek operates bike-based services in its home market of Indonesia, while it is expanding into Vietnam and Thailand, too. Backed by the likes of Google, Tencent and Meituan, Go-Jek is in the process of raising $2 billion in new capital while this year it has finally expanded beyond Indonesia for the first time.

Grab claims over 125 million downloads and 2.5 billion rides to date. It has branched out into payments, food delivery and other areas in recent times as part of a strategy to become Southeast Asia’s all-in-one ‘super app.’ 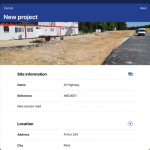