Singapore’s Golden Gate Ventures has announced the close of its newest (and third) fund for Southeast Asia at a total of $100 million.

Some of the firm’s exits so far include the sale of Redmart to Lazada (although not a blockbuster), Priceline’s acquisition of Woomoo, Line’s acquisition of Temanjalan and the sale of Mapan (formerly Ruma) to Go-Jek. It claims that its first two funds have had distributions of cash (DPI) of 1.56x and 0.13x, and IRRs of 48 percent and 29 percent, respectively.

“When I compare the tech ecosystem of Southeast Asia (SEA) to other markets, it’s really hit an inflection point — annual investment is now measured in the billions. That puts SEA on a global stage with the US, China, and India. Yet there is a youthfulness that reminds me of Silicon Valley circa 2005, shortly before social media and the iPhone took off,” Lauria said in a statement.

A report from Google and Temasek forecasts that Southeast Asia’s digital economy will grow from $50 billion in 2017 to over $200 billion by 2025 as internet penetration continues to grow across the region thanks to increased ownership of smartphones. That opportunity to reach a cumulative population of over 600 million consumers — more of whom are online today than the entire U.S. population — is feeding optimism around startups and tech companies.

Golden Gate isn’t alone in developing a fund to explore those possibilities, there’s plenty of VC activity in the region.

Some of those include Openspace, which was formerly known as NSI Ventures and just closed a $135 million fund, Qualgro, which is raising a $100 million vehicle and Golden Equator, which paired up with Korea Investment Partners on a joint $88 million fund. Temasek-affiliated Vertex closed a $210 million fund last year and that remains a record for Southeast Asia.

Golden Gate also has a dedicated crypto fund, LuneX, which is in the process of raising $10 million. 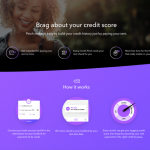