The two investment firms will act as joint partners for the vehicle, which is expected to hit a first close before September and a final close by the end of 2018. Already, they claim to have 65 percent of the target capital committed by LPs.

The firms are aiming for the Series A and B spaces with a typical check size of between $1.5 million and $3.7 million for what will be known as the GEC-KIP Fund. It isn’t exactly clear what focus the fund will adopt for investments.

Southeast Asia often falls off the radar for investment in Asia, with the far larger countries of China and India typically getting the attention, but rising internet access among the region’s cumulative population of over 600 million signals growth potential. A recent report co-authored by Google forecasts Southeast Asia’s ‘internet economy’ reaching more than $200 billion by 2025, up from just $30 billion in 2015. A few unicorns, including ride-sharing companies Grab and Go-Jek, have also helped put it on the map for investors.

“We are excited to embark on this cross-learning development with KIP who is a seasoned VC investor with a long, established track record across several markets such as US, China, and Korea,” Daren Tan, managing partner of Golden Equator Capital, said in a statement.

“Given the fragmented tech investment landscape in Southeast Asia, uniting our strengths and network with KIP further bolsters our position. So, when we invest, it is not just capital; we are essentially also lending our portfolio companies the collective expertise and strategic networks, to accelerate their growth and success in the long run,” Tan added.

I can remember when Southeast Asia was described as having a VC crunch just a few years ago, but today the landscape is far healthier in terms of available investment money.

GEC-KIP Fund is playing in the same field as a number of Southeast Asia-focused VCs, which include Jungle Ventures, Golden Gate Ventures, Monks Hill Ventures, Venturra Capital, Insignia Venture Partners and Vertex Ventures from Singapore sovereign fund Temasek. There are, of course, plenty of others beyond that list. 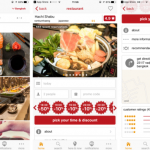