Getsafe, the German insurance startup targeting millennials, has raised $17 million (€15m) in a Series A funding.

The round is led by Earlybird, with CommerzVentures and other existing investors also participating, while the capital will be used for European expansion. Notably, the company plans to launch in the U.K. by the end of the year.

Founded in May 2015 by Christian Wiens (CEO) and Marius Blaesing (CTO), Getsafe initially launched as a digital insurance broker but has since pivoted to a direct to digital consumer insurance offering of its own (its brokerage business was sold to Verivox).

The startup claims it is the market leader in the digital-first 20 to 35-year-old segment, with 60,000 customers, although competitors such as Wefox’s One may disagree.

Getsafe customers can take out renters insurance and liability insurance. The latter includes bike and drone coverage, with additional products to be added soon.

More broadly, Getsafe says it is “reinventing insurance”. The insurtech startup, based in Heidelberg, says its tech uses AI to help customers identify the insurance protection they might need. “With a few clicks, customers can learn about, buy, and manage insurance on their smartphone,” says the company. Claims can be done entirely digitally, too, via the Getsafe app and chatbot.

As part of the investment, Getsafe plans to grow its team from the current 50 employees to more than 100. The recruitment drive will span customer care, software development and data science. The startup also plans to raise further funds over next twelve months. 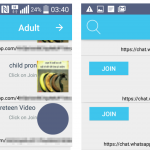 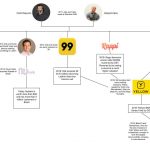