Just since months after raising $7 million in Series A funding, German SME banking provider Penta has been acquired by Finleap. Terms of the deal remain undisclosed, although I understand that the acquisition sees Finleap and Penta’s co-founders becoming the challenger bank’s sole owners, with all other shareholders exiting.

Launched in late 2014 by Hitfox Group and Ramin Niroumand, Finleap has developed 16 ventures from scratch, as well as acquiring a number of fintechs. Companies in its portfolio include banking platform solarisBank, of which Penta is a customer, and digital insurer Element, to name just two.

Penta says that becoming part of the Finleap “ecosystem” will help the SME banking provider increase the speed at which it expands internationally. This will include launching in Italy in partnership with Beesy, a Finleap portfolio company focusing on digital business banking for freelancers.

“Penta has a great product and a great team, serving especially the digital industry, which matches perfectly [with] Finleap’s focus on vertical banking,” FinLeap co-founder Niroumand tells me. “Additionally, with Pair Finance for digital debt collection and Perseus for cybersecurity, there are already two other players in the Finleap ecosystem offering services to a similar customer group like Penta, so they form a real value chain for the digital industry”.

To date, Penta counts over 5,500 digital businesses as customers, such as AirHelp, bepro11 and Global Digital Women. The banking fintech set out to fix SME banking, enabling customers to open a business bank account in just a few minutes online. Other features include a real-time overview of a business’ finances, debit cards with individual limits for employees, and accounting integration. Over the next year, Penta plans to add direct debits, SME loans, international transfers and more.

“The decision to go with Finleap was a strategic one,” says Penta co-founder Luka Ivicevic. “By becoming part of the finleap ecosystem, we’re able to accelerate our growth inside and outside of Germany at an unprecedented pace”.

“For example to accelerate their hiring efforts and to solve back-office tasks, so that the Penta team can focus completely on the development of the product and new features, like loans and direct debits. In terms of funding, Penta can also tap into Finleap’s network of corporate financial partners”.

Adds Ivicevic: “This is not an exit, but the next step of our growth, Finleap is the right partner for it”. 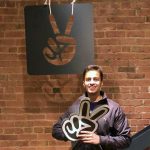