UK founded startup Funding Circle, a p2p lending platform which focuses on the underserved small business market, has announced a “potential intention” to float on the London Stock Exchange.

In a press release today, announcing the publication of a Registration Document for a possible future IPO, Funding Circle says that should it proceed with floating on the stock market it would be looking to raise around £300 million (~$387M). According to the document the business is being valued at up to £1.65BN (~$2.1BN).

Heartland A/S, the private holding company of Danish billionaire businessman, Anders Holch Povlsen, has agreed, as part of the potential IPO Offer, to purchase 10% of the issued ordinary share capital at a range of valuations (but Funding Circle notes this commitment falls away if the equity valuation prior to the issue of new Shares pursuant to the Offer exceeds £1.65BN).

Funding Circle has raised more than $373M to date since being founded back in 2010. The founders had the idea to help small businesses obtain loans after the retrenching of traditional financing sources after the 2008 financial crash.

The global lending platform now connects investors in the U.K., U.S., Germany and the Netherlands with small businesses wanting to borrow money for growth. More than 80,000 retail investors, banks, asset management companies, insurance companies, government-backed entities and funds have lent more than £5BN to over 50,000 businesses globally since the platform’s launch in 2010.

In a statement on the IPO announcement, Samir Desai, CEO and co-founder, said: “At Funding Circle our mission is to build a better financial world. Today’s announcement is the start of the next stage in our exciting and transformational journey. Over the last eight years, we have worked hard to build a platform that is number one in every market we operate in.

“By combining cutting-edge technology with our own proprietary credit models and sophisticated data analytics, we deliver a better deal for small businesses and investors around the world. I am very proud of the team and culture we have created at Funding Circle, both of which have been integral to our success to date”.

A year and half ago Desai told us that while the business had “no current plans to IPO” that was the longer term aim. “We’ve always said that we’d like Funding Circle to be a listed business, in line with the things that we care about deeply like transparency and being a tech platform versus being a lender ourselves,” he said then.

Should it now go ahead with floating the business, Funding Circle says it will use the proceeds to enhance its balance sheet position — which it says would help grow trust in the business with investors, borrowers and regulators, as well as support it pursuing growth over profitability in the medium term.

It also says going public would give it strategic flexibility and let it take advantage of opportunities “either in current markets or new geographies”.

According to the registration document, repeat business is growing, with approximately 40% of Funding Circle’s revenue generated from existing customers in 2017 (again excluding property loans).

It also says that attractive unit economics are driving expanded margins, with the margin per loan in 2017 rising from approximately 20% for the first loan, to ~57% for repeat loans in the UK. And it adds that the path to superior margins is driven by operational leverage.

The business is targeting in excess of 40% revenue growth in the medium term and longer term, and adjusted EBITDA margins of 35% or above.

Commenting on Funding Circle’s announcement in a statement, Neil Rimer, partner at Index Ventures and a Funding Circle board member, said: “Just as banks have become more reluctant lenders, Funding Circle has become an indispensable source of financing for small businesses in the UK, the US and in continental Europe; directly supporting the growth of the most critical engines of the economy.

“It is a prime example of a new breed of financial services companies, who by making their products more transparent and more convenient, have democratised access to valuable services and increased economic activity.

Rimer added: “Funding Circle has a broad impact on the growing businesses it funds, the employees they hire, the communities they operate, their customers and the countries they operate in. This is an important milestone that will allow the company to support tens of thousands of additional small businesses: something everyone should celebrate.”

Index is Funding Circle’s largest shareholder and has been a backer of the business since its Series A funding round in 2011 — when it became the 2010 founded UK startup’s first institutional investor. It’s just posted a blog post to coincide with Funding Circle’s announcement — taking an inside look at the company mission and ethos.

Index also has several other fintech investments in its portfolio, including the likes of Adyen, iZettle, Revolut and Robinhood. Though the VC firm did not take an investment in UK-based payday loans firm Wonga, which collapsed into administration last week. 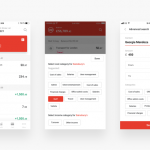