Framer, the Amsterdam-based startup behind interactive design platform Framer X, has raised $24 million in Series B investment. The round is led by European VC firm Atomico, with participation from Accel, and AngelList. The startup says it will use the new capital to continue building out its platform for designers and product teams. It brings the total raised to date by Framer to $33 million.

Founded by ex-Facebookers Koen Bok and Jorn van Dijk, Framer has set out to ride (and power) a trend that is seeing every company having to become a digital business and often a product-first company, as consumers become accustomed to high quality apps and other desirable digital experiences. This means that better tools are required to prototype news apps or features, and therefore help shorten the feedback loop and speed up the development process overall.

To that end, Framer X is described as a “fully integrated design, prototyping and developer handoff tool” that makes it easy to create app designs and prototypes that are as visually polished as a production app. Designs created in Framer X are powered by the React framework, and the platform enables a lot of off-the-shelf interactivity, rather than prototypes simply being static wireframes or designs with limited transitions or hotspots. You can also export front-end code for use in your production apps, should you so desire.

However, as explained during a video presentation by Bok and Dijk, what potentially sets Framer X apart from other competing app design and prototyping tools is that you can also import production components and assets into the software for re-use so that designers aren’t continually re-inventing the wheel. Via the “Framer X Store,” these React-based components can also come from and be shared by the wider developer community. Examples include video players (such as YouTube), live maps and data generators, to UI kits and interactive design systems.

This means that Framer is attempting to be a platform play in the true sense of the word, while in turn the Framer X Store is a clever way of creating network effects. Tech brands that have their own developer ecosystems (and are in part “API businesses”) can make components and visual assets available in the store to further lower the barriers for third-party app developers who want to build integrations.

Related to this, the company is announcing the beta launch of a private design store for teams on Framer X. The Team Store enables members of teams at the same company to collaborate and share brand assets, design components, and more, so as to allow for internal interactive design systems to also live within the Framer platform.

Cue a statement from Atomico Partner Hiro Tamura, who led on behalf of the London-based venture capital firm: “The world’s best digital products, like Google, Facebook, Dropbox, Twitter and Snap, are designed and built by teams. Those teams are already using Framer X. We are excited about partnering with Koen, Jorn and the Framer team to help make that level of digital product excellence and innovation accessible to any company in any traditional industry, from financial services to retail and beyond.”

Meanwhile, the Framer founding back story is worth noting. Bok and Dijk previously founded app and design studio Sofa, which they sold to Facebook in 2011. As part of the deal they relocated to Facebook’s headquarters in the U.S., and worked on various products, reporting directly to Facebook founder Mark Zuckerberg. However, seeing an opportunity to help more companies transition to becoming digital-first and product-led, the pair left to found Framer in 2014. 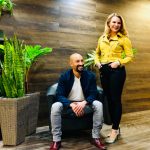 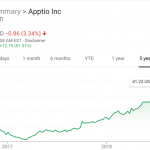