The company priced its IPO at $21 per share last night, raising around $111 million. It then started trading this morning at $26, with shares climbing for most of the day and closing at $39.90 — up 90% from the IPO price.

Fiverr is one of the most well-known companies facilitating the so-called gig economy. When it filed to go public last month, the company said it has facilitated 50 million transactions between 5.5 million buyers and 830,000 freelancers.

Investors seem willing to bet on the company despite the fact that it’s losing money, reporting a net loss of $36.1 million on revenue of $75.5 million in 2018. In an interview this afternoon, founder and CEO Micha Kaufman noted that the company’s negative EBITDA is shrinking (at least when you compare the first quarter of 2019 to Q1 2018).

“We are on the path to profitability,” Kaufman said. “That’s the balance we’re trying to keep — focusing on growth while building a business that would be profitable in the long term.”

I’ll have a full story on our interview tomorrow morning. 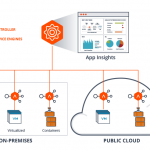