Fastly raises another $40 million before an IPO

Last round before the IPO. That’s how Fastly frames its new $40 million Series F round. It means that the company has raised $219 million over the past few years.

The funding round was led by Deutsche Telekom Capital Partners with participation from Sozo Ventures, Swisscom Ventures, and existing investors.

Fastly operates a content delivery network to speed up web requests. Let’s say you type nytimes.com in your browser. In the early days of the internet, your computer would send a request to one of The New York Times’ servers in a data center. The server would receive the request and send back the page to the reader.

But the web has grown immensely, and this kind of architecture is no longer sustainable. The New York Times use Fastly to cache its homepage, media and articles on Fastly’s servers. This way, when somebody types nytimes.com, Fastly already has the webpage on its servers and can send it directly. For some customers, it can represent as much as 90 percent of requests.

Scale and availability are one of the benefits of using a content delivery network. But speed is also another one. Even though the web is a digital platform, it’s very physical by nature. When you load a page on a server on the other side of the world, it’s going to take hundreds of milliseconds to get the page. Over time, this latency adds up and it feels like a sluggish experience.

Fastly has data centers and servers all around the world so that you can load content in less than 20 or 30 milliseconds. This is particularly important for Stripe or Ticketmaster as response time can greatly influence an e-commerce purchase.

Fastly’s platform also provides additional benefits, such as DDoS mitigation and web application firewall. One of the main challenges for the platform is being able to cache content as quickly as possible. Users upload photos and videos all the time, so it should be on Fastly’s servers within seconds.

The company has tripled its customer base over the past three years. It had a $100 million revenue run rate in 2017. Customers now include Slack, Reddit, GitHub, Stripe, Ticketmaster and Pinterest.

There are now 400 employees working for Fastly. It’s worth noting that women represent 42 percent of the executive team, and 65 percent of the engineering leads are women, people of color or LGBTQ (or the intersection of those categories). And if you haven’t read all the diversity reports from tech companies, those are great numbers. 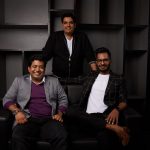