Continuing a trend that VCs here in London tell me is seeing an increasing amount of deal-flow in Europe attract the interest of top-tier Silicon Valley venture capital firms, TechCrunch has learned that email security provider Tessian is the latest to raise from across the pond.

According to multiple sources, the London-based company has closed a Series B round led by Sequoia Capital. I understand that the deal could be announced within a matter of weeks, and that the round size is in the region of $40 million. Tessian declined to comment.

Tessian then attempts to detect anomalies in outgoing emails and warns users about potential mistakes, such as a wrongly intended recipient, or nefarious employee activity, before an email is sent. More recently, the startup has begun addressing in-bound email, too. This includes preventing phishing attempts or spotting when emails have been spoofed. 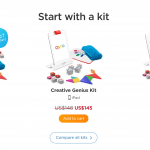 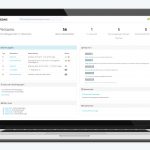