Dell will soon be a public company (again)

Dell, which went private in one of the the largest leveraged buyouts in tech circa 2013, announced today that it will once again be going public through a relatively complex mechanism that will once again bring the company back onto the public markets with founder Michael Dell and Silver Lake Partners largely in control.

Dell’s leveraged buyout largely marked the final page in the company’s storied history as a PC provider, going back to the old “dude, you’re getting a Dell” commercials. The company rode that wave to dominance, but as computing shifted to laptops, mobile phones, and complex operations were offloaded into cloud services like Amazon Web Services, Azure and Google Cloud, Dell found itself navigating a complex environment while having to make a significant business transition beyond the PC era. That meant Dell would be beholden to the whims of public markets, perhaps laden with short-term pessimism over the company’s urgent need to find a transition.

The transaction is actually an offer to buy shares that track the company’s involvement in VMWare, converting that tracking stock into Dell Technologies stock that would mark its return as a publicly-traded company. Those shares will end up traded on the NYSE, around five years later after its founder took the company private with Silver Lake Partners in a deal worth roughly $25 billion. Silver Lake Partners owns around 24% of the company, while Dell owns 72% and will continue to serve as the chairman and CEO of the company. This move helps the company bypass the IPO process, which would remove the whole time period of potential investors scrutinizing the company (which has taken on a substantial debt load).

Dell said in its most recent quarter it recorded revenue of $21.4 billion, up 19% year-over-year, and over the past 12 months the company generated $82.4 billion of revenue with a net loss of $2.3 billion. The company said it has also paid down $13 billion of gross debt since its combination with EMC back in 2016. All this has been part of the company’s transition to find new businesses beyond just selling computers, though there’s clearly still demand for those computers in offices around the world. As it has expanded into a broader provider of IT services, it’s potentially positioned itself as a modern enterprise tools provider, which would allow it to more securely navigate public markets while offering investors a way to correctly calibrate its value. 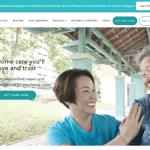 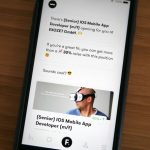