DeepCode gets $4M to feed its AI-powered code review tool

The founders described the platform as a sort of ‘Grammarly for coders’ when we chatted to them early last year. At the they were bootstapping. Now they’ve bagged their first venture capital to dial their efforts up.

DeepCode, which is spun-out of Swiss technical university ETH Zurich, says its code review AI is different because it doesn’t just pick up syntax mistakes but is able to determine the intent of the code because it processes millions of commits — giving it an overview that allows it to identify many more critical bugs and vulnerabilities than other tools.

“All of the static analysis and lint tools out there (there are hundreds of those) are providing similar code analysis services but without the deeper understanding of code, and mostly focusing on one language or specific languages,” says CEO and co-founder, Boris Paskalev, going on to name-check the likes of CA Technologies, Micro Focus (Fortify), Cast Software, and SonarSource as the main competitors DeepCode is targeting.

Its bot is free for enterprise teams of up to 30 developers, for open source software, and for educational use.

To use it developers connect DeepCode with their GitHub or Bitbucket accounts, with no configuration required. The bot will then immediately start reviewing each commit — picking up issues “in seconds”.  (You can see a demo of the code review tool here.)

“We do not disclose developer information but the number of Open Source Repositories that are using DeepCode have hundreds of thousands of total contributors,” Paskalev tells us when asked how many developers are using the tool now.

“We do not count rules per se as our AI Platform combines thousands of programming concepts, which if combined in individual rules will result in millions of separate rules,” he adds.

The seed funding will go on supporting additional integrations and more programming languages than the three currently supported (namely: Java, JavaScript, and Python); on improving the scope of code recommendations, and on expanding the team internationally.

Commenting in a statement, Christian Nagel, partner and co-founder of Earlybird, said: “For all industries and almost every business model, the performance and quality of coding has become key. DeepCode provides a platform that enhances the development capabilities of programmers. The team has a deep scientific understanding of code optimization and uses artificial intelligence to deliver the next breakthrough in software development.” 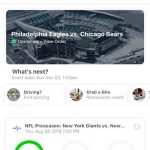