Crowdstrike, yet another multi-billion-dollar Silicon Valley ‘unicorn’ has filed to go public. The cloud-based cybersecurity platform valued at $3.3 billion in 2018 revealed its IPO prospectus Tuesday afternoon.

The company plans to trade on the Nasdaq under the ticker symbol “CRWD.” According to the filing, it intends to raise an additional $100 million, through that figure is typically a placeholder amount. To date, Crowdstrike has raised $480 million in venture capital funding from Warburg Pincus, which owns a 30.3 percent pre-IPO stake, Accel (20.3 percent) and CapitalG (11.2 percent).

As we’ve come to expect of these companies, Crowdstrike’s financials are a bit concerning. While its revenues are growing at an impressive rate from $53 million in 2017 to $119 million in 2018 to $250 million in the year ending January 31, 2019, its spending is far outweighing its gross profit. Most recently, the company posted a gross profit of $163 million on total operating expenses of about $300 million.

Headquartered in Sunnyvale, the business was founded in 2011 by chief executive officer George Kurtz and chief technology officer Dmitri Alperovitch, former McAfee executives. CrowdStrike, which develops security technology that looks at changes in user behavior on networked devices and uses that information to identify potential cyber threats, has reportedly pondered an IPO for some time.

The business sells its endpoint protection software to enterprises on a subscription basis, competing with Cylance, Carbon Black and others. In its S-1, CrowdStrike makes a case for its offering based on the rise of cloud computing and the growing threat of cybersecurity breaches. It estimates a total addressable market worth $29.2 billion by 2021.

“We founded CrowdStrike in 2011 to reinvent security for the cloud era,” the company writes. “When we started the company, cyberattackers had a decided, asymmetric advantage over existing security products. We turned the tables on the adversaries by taking a fundamentally new approach that leverages the network effects of crowdsourced data applied to modern technologies such as artificial intelligence, or AI, cloud computing, and graph databases.”

Uber had an abysmal second day of trading 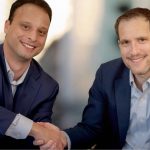