Crate.io, the winner of our Disrupt Europe 2014 Startup Battlefield competition, today announced that it has raised an $11 million Series A round. In addition, the company also launched its ‘Crate Machine Learning Platform’ today, a new hosted solution for businesses that want to use the company’s SQL-based database platform for working with IoT data.

Crate co-founder and CEO Christian Lutz told me that over the course of the last year or so, the company has seen a large increase in paying customers, which now tally up to about 30. That has also allowed Crate to grow its revenue beyond $1 million in annual run rate. He attributed the current success of the startup to its renewed focus on machine data, something the team wasn’t really focused on when it first launched its product.

It was also this focus that made fundraising easier, Lutz told me. “What made the difference no is that very strong focus on machine data — in combinate with delivering sales,” he said. The fact that Crate now also has a number of well-known reference customers, including the likes of Skyhigh Networks and ALPLA, a packaging manufacturer that you have probably never heard of but that produces virtually all the bottles for Coca-Cola and Unilever for the U.S. market (as well as a bunch of other bottles that you probably have at home).

Unsurprisingly, the company, which now has over 30 employees, plans to use the new funding to expand its marketing and sales efforts, as well as to expand its core engineering team.

Talking about engineering. With its Machine Platform, Crate also today launched its first hosted offering, which lives on Microsoft’s Azure platform. That’s not a major surprise for two reasons: a) many of Crate’s industrial customers are already betting on Azure anyway and, b) Crate was part of the 2017 class of the Microsoft Growth Accelerator in Berlin. The focus of the new platform is to provide businesses with a single solution for ingesting large amounts of data from IoT devices. The platform supports real-time analytics and allows users to set up their own rules to trigger workflows and alerts as necessary. The platform itself handles all of the scaling (which is handled by the popular Kubernetes container orchestration tool), as well as backup, archiving and the usual role-based security functions.

Crate also today launched version 3.0 of its open source offering. While the company’s commercial focus is obviously on the value-added features for enterprises, it continues to actively develop the open source version, too and Lutz noted that this new version offers a 100x performance increase for some types of queries. 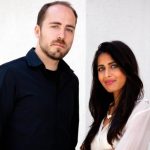 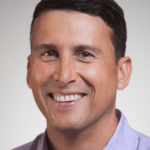